What Attracts Capricorn Men to a Woman? 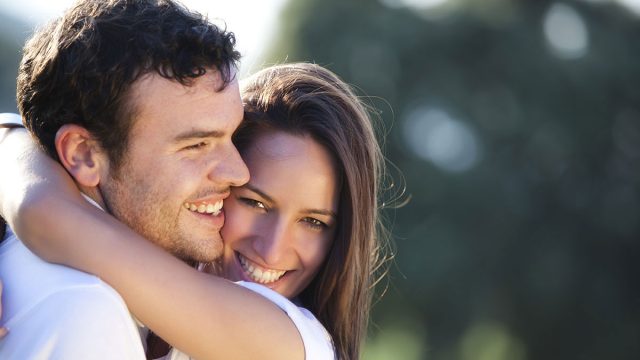 If you want to attract a Capricorn man, then you need to know what he looks for in his ideal partner.

Some zodiac signs like a feisty, passionate type of gal, while others prefer a more reserved, reliable lady.

So, how can you tell what kind of person enchants a man born under the sign of the sea-goat?

Once you learn more about the typical Capricorn man’s personality traits and behaviors in love, you will know what attracts a Capricorn man to a woman.

Some signs embrace change and spontaneity, but Capricorn is not one of those signs. What a Capricorn man wants in a relationship more than anything is a partner he can trust and count on.

He would rather know that he can call you at any time of day and that you will pick up the phone for him than be thrilled by your sense of adventure.

A Capricorn guy isn’t attracted to an impulsive, unpredictable lady because it makes him feel unstable and insecure in a relationship.

When you’re trying to impress a Capricorn man, be consistent and show him that you’re someone he can rely on. Be punctual, always text him back, and keep your promises if you want to keep him interested in you.

As one of the most determined and ambitious signs of the entire zodiac, a Capricorn guy can’t respect a lazy couch potato. He wants a woman with just as much motivation to succeed as he has.

If you want to know how to win the heart of a Capricorn man, you need to show him that you have hopes and dreams for the future.

But it’s not enough to just have big plans; your Capricorn guy wants to see the realistic, actionable steps you are taking towards those goals.

It doesn’t matter if your goals don’t align with his; the important thing he needs to know is that you have a plan and are willing to work hard to achieve your ambitions.

He doesn’t think that you both need to have the exact same dream, he just wants to be with someone who sets goals for herself and is self-motivated enough to truly work towards them.

A Capricorn man relies more on his experiences than his intuition, so he prefers physical demonstrations of love rather than empty words and promises.

He doesn’t really like public displays of affection, but if he’s attracted to you, he will be very sensual and touchy-feely with you in private.

You may notice that your Capricorn man isn’t the type to embrace people as a greeting or to sit very close to others on a couch.

He is a reserved guy, so he’s not the type that hugs and cuddles with just anyone. He likes to maintain personal space and get some distance from most people, except for the woman he loves.

If he touches you or goes out of his way to be near you, especially in public, it’s one of the signs that a Capricorn guy likes you a lot.

If you are wondering, “What does a Capricorn man like in a woman?” The answer is that he likes a lady who is cool, calm, and collected at all times.

A Capricorn guy likes coming home to a peaceful household at the end of the day so he can relax and unwind from all the stress of work.

He wants a woman who contributes to this tranquil environment and who can keep a level head at all times, especially during a crisis.

If you want to attract a Capricorn guy, show him what a calm and soothing presence you can be in his life.

Offer him a massage, speak in a low, quiet voice, and make your home warm and welcoming by keeping it clean, lighting candles, and playing gentle music.

He much prefers a woman who is level-headed and even-keeled over someone exciting but chaotic.

A Capricorn man is nothing if not practical, and he likes a woman who is just as sensible as he is.

For example, he is much more impressed by a woman who wears comfortable walking shoes than sky-high stilettos that make it impossible for her to move.

He is attracted to a woman who plans for the future and is realistic rather than living in an idealistic dream world.

A Capricorn guy is very cautious and calculated, and he wants a partner who can help him build a successful future rather than being frivolous and coming up with impossible schemes.

When he compliments you on how practical you are, it’s one of the signs a Capricorn man is interested in you.

Every zodiac sign correlates with one of the four natural elements: fire, air, earth, or water. A sign’s natural element reveals a great deal about that sign’s personality and temperament.

Capricorn is an earth sign, and earth signs are known for being logical, loyal, and grounded.

A Capricorn guy rarely shows his emotions and thinks with his head instead of his heart. He likes a woman who can control her reactions to her feelings and isn’t too dramatic.

He doesn’t know how to deal with a hysterically crying woman or a partner who shrieks and yells at him.

Intense displays of emotion make him very uncomfortable because he’s not sure how to react. His instinct is to leave or try to deescalate the situation.

He doesn’t want to constantly be putting out fires or walking out the door because of the woman he is seeing.

If he praises you for being so down to earth, it’s one of the signs Capricorn man is interested in dating you.

Some men are attracted to a woman with a bold, quirky, grungey, or androgynous style, but not a Capricorn guy.

The typical Capricorn man’s dream woman is elegant and refined. He likes a feminine lady who has a simple and sophisticated style.

He would rather a woman wear a little black dress that’s not too revealing or ostentatious than a flashy, sparkly skirt or casual sweatpants.

If you want to catch a Capricorn man’s eye, put your hair in a sleek ponytail or bun and wear a classic, timeless outfit. He will be drawn to your elegance and want to get to know you better.

Earth signs are more patient than the other elements, which means that men born under earth signs tend to move very slowly in relationships.

A Capricorn guy is traditional, so he likes to fill the conventional male role of being the pursuer.

But if you want to know how to make a Capricorn man chase you, you are going to have to be very patient.

He isn’t the type to commit to a woman quickly, no matter how strong his feelings are for you. A Capricorn man likes to think long and hard before making any decisions, including who he wants to date.

He’s not attracted to an impulsive woman who seeks instant gratification. He would rather be with someone who can wait for the best option instead of choosing the quickest thing.

A Capricorn man isn’t the most effusive when it comes to complimenting his partner, and he can be a bit negative and critical.

He needs a thick-skinned partner with a lot of self-confidence because he’s incapable of being the source of her self-esteem.

If you’re looking for a cheerleader, a Capricorn man isn’t the right guy for you. But if you want someone to always be honest with you and help you solve your problems, he is the perfect person.

He is better at pointing out flaws and helping you fix them than flattering you with empty praise.

Another reason why a Capricorn guy needs a confident woman is that he refuses to suffer from suspicion and distrust in a relationship.

A Capricorn man makes a loyal, steadfast partner, so he needs a woman who is self-assured and secure enough to know that he would never cheat on her.

One of his biggest pet peeves within a relationship is being accused of infidelity because he is very faithful and never gives his partner a reason not to trust him.

If you want to know how to get a Capricorn man to chase you, then you need to show him that you’re a smart woman.

Capricorn is a very cerebral sign, and a Capricorn guy has a powerful mind. He won’t be attracted to someone unless he has a mental connection with her.

Show him that you have a brain by engaging him in stimulating conversation about topics that interest him.

Share your informed opinions and make points backed up by research and science rather than vague beliefs.

One of the biggest compliments a Capricorn man can give you is to praise your intelligence. It’s an even bigger compliment if he thinks you’re smarter than he is, so he asks you lots of questions to learn from you.

When he asks for your advice and opinions, it’s one of the signs a Capricorn man is attracted to you.