What Attracts Aquarius Men to a Woman? 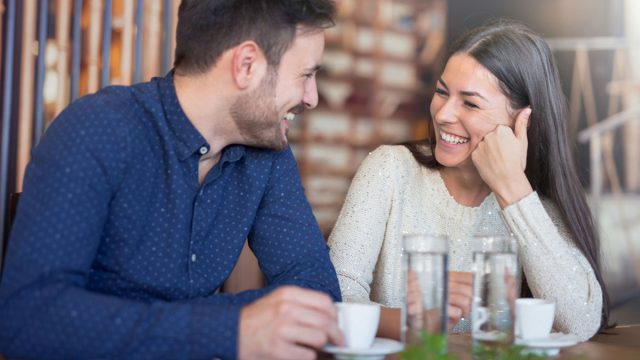 Are you wondering how to attract an Aquarius man?

It is not easy to understand whether an Aquarius man is interested in you. Not to mention the fact that these men are difficult to pin down, making it more difficult.

Aquarius men are peculiar about picking their partners and appear to be unreachable. So, it can be hard to determine what an Aquarius man needs in a woman, which can get frustrating.

Known to be rule-breakers, freedom lovers, creative, and intelligent, they expect their partners to be the same. They are strong, determined, and take their time to ensure that you are the one for them.

However, once an Aquarius man has set his eyes on you, be ready for a wonderful relationship loaded with romance, deep talks, and adventures.

Among the many Aquarius man traits, his love for personal freedom and independence is most definitely on the top of the list. He is career-oriented and is vigilant in pursuing his dreams

This is exactly what he expects his partner to be like as well. He is attracted to a woman who is goal- oriented and is not afraid to take risks to strive for a better life.

An Aquarius man doesn’t like clingy and needy women, but is instead attracted to independent women. He appreciates strong will power and drive in his partner, someone who has her own life, friends, hobbies, and interests.

He doesn’t want his partner to revolve her entire life around him. He prefers his partner to be able to enjoy life without completely being dependant on him.

If you want to attract an Aquarius man, show him that you love your alone time, that you have a life that won’t stop because of him.

What attracts Aquarius men are women who are gorgeous but are also intelligent and smart. Of course, this doesn’t mean you have to be a supermodel. You must be well-groomed and know how to take care of yourself.

He isn’t attracted to a woman who is all about dressing up, putting on makeup, but is not able to have a good conversation. For an Aquarius man, inner beauty and intelligence is also important. He wants the whole package!

The Aquarius man wants his partner to enthrall him with her wittiness, humor, and her opinions. This is how he is and expects it in return. He wants to engage in deep conversations and share inventive and unconventional ideas.

Attract your Aquarius man with your cleverness and beautiful smile. Attend poetry readings with him, head to a cozy café to talk about interesting topics, or browse a bookstore with him.

Aquarius men want to have a happy and healthy atmosphere around them. Of course, he also has mood swings like everyone else and can become rather cold when he is not in the mood.

However, with a happy and positive woman by his side, such a mood doesn’t last long. He is attracted to optimistic woman who knows how to handle tough situations and doesn’t back down no matter what.

A positive attitude can help in tackling even the hardest of times. This is what an Aquarius man believes in, which is why a strong woman who can face problems head on is a major turn on for him.

He also loves and respects a woman who inspires others to lead happier and fuller lives. The more positive attitude a woman shows, the more attracted he is to her.

Aquarius men and jealousy don’t go well together, which is why they want their partner to have a positive attitude when it comes to their relationship. Instead of feeling jealous and insecure, she should be able to voice her concerns.

Understanding Aquarius men is not as complex as it appears. They are highly unpredictable and unconventional, and are attracted to a woman who also posses unconventional and original thinking. A woman who can think for herself attracts him.

Pretending to be someone you are not might work for a while but an Aquarius man will eventually see right through you and leave you instantly. If you want to attract an Aquarius man, then be unapologetically yourself.

Don’t be afraid to voice your opinions and share your thoughts. Even if they are too weird or if he doesn’t agree with them, he will still love to hear what she has to say.

An Aquarius man will admire you for being confident enough to share what goes in your head. He is interested in new technology, science, and logic; so be prepared to have plenty of intellectual discussions with this man.

The type of woman Aquarius men like includes women who are honest and trustworthy. Aquarius men are defenders of truth. They don’t lie or try misrepresenting themselves and dislike people who do.

While their opinions and feelings might change, they will always be honest about it when asked. Therefore, they expect their partners to show the same level of honesty.

They are attracted to women who are refreshingly honest and are not afraid to share their feelings. If you try to make an Aquarius man jealous or manipulate him, it will never work in your favor.

He wants to be able to trust his partner, which is why it takes him time to open up and share his feelings. If you lie, then you will never be able to win his trust back.

This is why you can win his trust by being honest and showing him your true self.

Your Aquarius man is more focused on becoming your friend first. One of the signs an Aquarius man is falling for you is that he will start referring to you as his best friend. He wants to create lifelong relationships.

He wants his partner to have a friendly and kind nature, someone who is reliable and fun. An Aquarius man would never commit before becoming friends with you first. He just wants to confirm he is making the right choice.

Avoid trying to push him to commit, this is a quick way to lose him. Give him time and space. Let the friendship build naturally. He wants to be able to trust you fully before he makes the commitment.

Be there for him as his friend. As the bond of friendship grows, your Aquarius man will open up to you and be comfortable around you. He will start considering you as his close friend and then might initiate romance.

If you want to know how to keep an Aquarius man hooked, then keep captivating him with your creativity and intelligence. Aquarius men are eccentric, unconventional, and innovative. They love hearing new ideas and opinions from their partners.

Keep in mind, this man would strongly defend his ideas if they are opposed. Therefore, keep an open mind about them, even if they are too unusual. Ask him questions. They more you show interest, the happier he will be.

If you want to attract an Aquarius man, then keep his mind stimulated with deep intellectual discussions. He will be turned on by your passion, intelligence and innovative thinking. Aquarius men loves listening to creative ideas and thoughts.

Have a steady exchange of ideas and thoughts. If you come across interesting information about a topic he will be interested in, share it with him. Ask about his opinions, share yours, and keep him engaged.

He might love a healthy argument but avoid opposing his ideas and thoughts too much as it will be a major turn off for him.

How to know if an Aquarius man is serious about you? He wouldn’t stop sharing his ideas and adventures with you. He is attracted to the woman with good listening skills and who listens to what he has to say.

Aquarius man loves to talk to the person they get close to. Lend him your ear to listen to whatever he says. This will get you closer to him and will give you a chance to know him more.

However, he might not talk much about him but instead will share his opinions about things that happen around him. You must be a good listen to keep up with his nonstop chatter.

Consider this as a good sign since Aquarius men rarely open up to others. If he is talking nonstop that means he is attracted to you. Keep him hooked by getting engrossed in his tales.

One of the signs of an Aquarius man in love is that he will never get tired of listening to you and having intimate conversations.

He loves a partner who is expressive, not just in words but also in actions. He wants you to show him that you care. An Aquarius man shows his love through actions and wants the same in return.

If you keep things to yourself then you might lose his interest. Open up to him, just as you want him to open up to you. Aquarius men are nonjudgmental so don’t be afraid to speak your mind.

Talk to him, show him what you feel, be as expressive as you can be – that is what will attract Aquarius man and keep him hooked. They appreciate a woman who doesn’t hide her feelings.