How to Arouse a Pisces Man 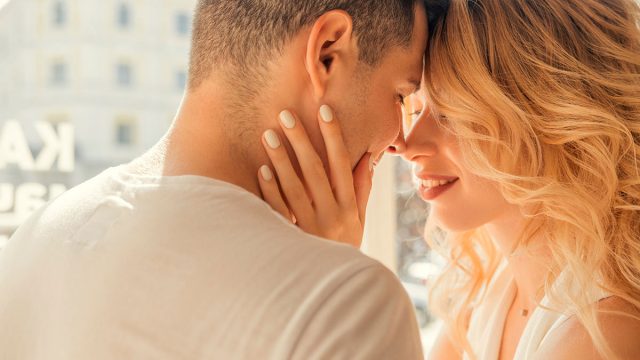 Arousing a Pisces man is just as much about emotional intimacy as physical intimacy. Don’t just focus on the physical aspect of sex when trying to rile him up.

Mental stimulation is essential for a Pisces man. You should talk about fantasies with him too.

When it comes to physical intimacy, foreplay is vital if you want to arouse a Pisces man. He doesn’t want to just get to the “main event.” Take your time with him.

Pisces men also enjoy it when you take control. Don’t be afraid to take on a dominant role with a Pisces man. He’ll love it.

You can let your Pisces man know what you find attractive about him, but don’t just focus on his physical appearance. Pisces men enjoy being complimented on their personalities as well.

Tell your Pisces man that he is a great lover. Let him know how good he makes you feel. You can compliment him on specific things he does in bed. That will likely get him riled up.

You want to build up your Pisces man’s confidence and self-esteem when trying to arouse him. If you can make him feel good about himself, turning him on will be much easier.

Don’t just focus on a Pisces man’s erogenous zones when trying to arouse him. You can arouse a Pisces man with your words as well.

Your Pisces man wants to hear how much you care about him. Sex is rarely just sex for a Pisces man. He wants to know that you love him when the two of you are having sex.

Be gentle and caring with your Pisces man. Whisper sweet, encouraging things to him while you’re trying to get him riled up.

You can talk dirty to a Pisces man but don’t go too overboard. He might want to hear what you plan on doing or what you want him to do to you. Don’t just focus on that, though.

Strike a balance between sexy talk and sweet, loving words. That will arouse a Pisces man more than anything else.

You can arouse a Pisces man if you make it clear that you are actively trying to woo him.

Plan an extravagant, romantic date for your Pisces man. Take him out for a night on the town and spare no expense. He’ll appreciate the effort.

Focus entirely on your Pisces man for the evening. Dress up for him and devote all your time to him, even if it’s only for a short time.

Flirt with your Pisces man unabashedly. Be confident, and don’t be afraid to come on a bit strong. Your Pisces man will love seeing how obviously attracted you are to him.

Make your Pisces man feel special. Make it clear that you love him and that you’re very attracted to him. If he sees that you’re trying to arouse him, he’ll get riled up just because he knows you’re making an effort.

Many Pisces men like sexting because it is a way to use their words and get mental stimulation. Your Pisces man will be aroused by everything you text him. He will also enjoy the conversation.

You can’t just focus on a Pisces man’s body when trying to arouse him. Sex is more than a physical experience for many Pisces men.

Before you even touch him, you can start talking to your Pisces man about fantasies or your plans for what you want to do in bed.

You can also stimulate your Pisces man mentally by telling him how you feel. Don’t just let him know that you’re attracted to him.

Tell him that he makes you happy, that you appreciate everything he does for you, and that you enjoy talking to him.

When you’ve got a Pisces man in bed, do not skimp on the foreplay! Foreplay is just as, if not more, important to a Pisces man as sex itself.

Where do Pisces men like to be touched? One area Pisces rules is the feet. Your Pisces man might get turned on from a foot massage or other activity involving the feet.

Hands are also one of a Pisces man’s favorite body parts. Run your hands all over your Pisces man’s body, and he’ll turn to putty.

Draw things out when you’re trying to arouse your Pisces man. Take your time and be patient. There’s no rush.

If you try to rush through foreplay, your Pisces man may end up feeling unsatisfied. Make sure you incorporate as much foreplay as possible if you want to truly arouse your Pisces man.

Live In The Moment

When you’re with your Pisces man, try to live in the moment. Don’t get too caught up in your thoughts. Don’t worry about anything else that is going on in your life.

Pisces men appreciate it when their partners are entirely focused on them. Pisces men love attention, even if they don’t actively seek it.

Focus on your Pisces man while you two are out on a date or in bed together. Don’t let your thoughts wander.

Don’t be afraid to be a little spontaneous with your Pisces man as well. Pisces men might not be as adventurous as a Sagittarius or Aquarius man in bed, but they do love fulfilling fantasies.

It will arouse your Pisces man if he knows that you’re focused on him. He will feel cared for if all your attention is on him.

If you want to drive a Pisces man crazy, you need to talk to him about your fantasies. He will get aroused just hearing about all the sexual things you’ve come up with in your imagination.

This is a great way to arouse your Pisces man if you two aren’t physically together. You can call him or send a text detailing all the fantasies running through your mind. Be as detailed or explicit as you want to be.

Pisces men often have a lot of fantasies. These might not always be things he actually wants to try out. Talking about them will likely get him aroused, even if you never do anything other than talk about the fantasies.

How do you make a Pisces man obsessed with you? Take control in the bedroom. Many Pisces men love dominant partners.

You can take over when having sex with a Pisces man. Be gentle and let him know that you’ll respect his boundaries but don’t be afraid to take the lead.

Many Pisces men have more passive personalities. They won’t always take over in bed, and many of them don’t want to, even if given a chance.

It will arouse your Pisces man to see you taking charge. He will love seeing you actively try to please him and turn him on.

Are Pisces men good in bed? One of the things that makes a Pisces man good in bed is his passion. If you want to arouse him, you need to be passionate.

Never treat sex as a chore. Don’t be in a hurry to get to the “main event.” You need to show your Pisces man that you value the entire experience, not just the sex itself.

If you seem bored or distracted, your Pisces man won’t become aroused. He doesn’t want to have sex unless the two of you are genuinely into it.

Let your Pisces man know how much you want him. Tell him all the things you enjoy about sleeping with him. If you get a little intense or emotional, that’s fine! Your Pisces man will love it.

Your Pisces man will be more aroused when he can see how passionate you are. Throw caution to the wind! You want to make sure he knows exactly how you feel about him.

A Pisces man’s flirting style is very romantic. He doesn’t always focus on sex or physical attraction when flirting with someone. You can easily woo and arouse him by showing him your romantic side.

A Pisces man wants romance along with sex. Most Pisces men aren’t the type to engage in meaningless sex. They want it to be special every time.

You can romance your Pisces with sweet words or gifts. If it is a special event like your anniversary or his birthday, go all out!

Your Pisces man will have an easier time getting turned on when he feels loved and cherished. If you always try to incorporate romance into your lovemaking, he will feel more comfortable with the overall experience.