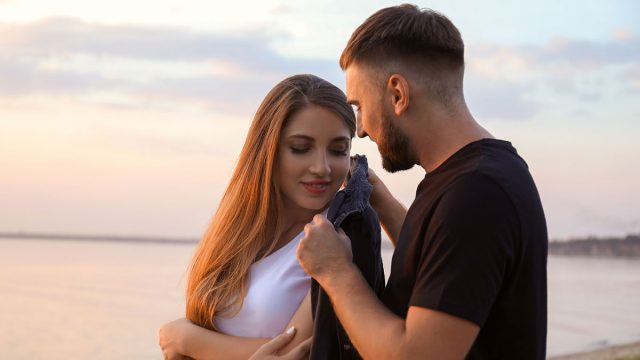 Aries and Scorpio’s compatibility isn’t always high. These two may find themselves attracted to one another anyway, though.

These two can bring out the worst in one another, but this relationship can also be a learning opportunity for Aries and Scorpio.

Aries and Scorpio’s relationship isn’t impossible, but it will likely be an uphill battle. Sometimes, these signs push one another a little too hard. They aren’t always able to challenge each other nicely.

Scorpio and Aries can both be aggressive and controlling. They tend to highlight the negative traits of one another rather than the positive ones.

It’s easy for Aries and Scorpio to hurt each other. If they genuinely want to be together, they both need to learn how to be more compassionate to each other. Otherwise, things will end in disaster.

An Aries-Scorpio friendship will likely be challenging for both of them. It will also be difficult for anyone in the same friend group as these two!

Aries and Scorpio both find it hard to understand one another. They have some similarities, but it can be nearly impossible for them to see that.

Scorpios often seem strong and independent, but they have a soft side. They can be just as sensitive as Cancer and Pisces, even if they are better at hiding it.

Aries is incredibly self-centered and can be brutally honest. They don’t always realize that they’re hurting people, as they are not good at picking up on how others are feeling.

If Aries and Scorpio are friends, they might not remain that way for long. If Aries can’t learn to be more compassionate and tactful, they will say something that Scorpio finds unforgivable.

Aries honestly does not understand why Scorpio holds grudges. If someone says something that hurts Aries’ feelings, they usually get over it quickly. They would rather forgive someone and move on than dwell on something.

Scorpio won’t forgive Aries easily, especially without an apology. Scorpio will likely become angry with their Aries friend, and they will make it obvious!

Aries and Scorpio often share interests, even if it doesn’t always seem like they would. When they work together or end up with a shared hobby, that will bring out their competitive sides.

It can be difficult for these two to be friends. Aries finds Scorpio to be overly secretive and not transparent at all. Scorpio can be sneaky, and Aries doesn’t want to put up with that at all.

Scorpio finds Aries rude and overly aggressive. Scorpio’s feelings will be hurt when Aries inevitably says something insensitive, and that will cause a rift between these two.

These two can have fun together, though! They both have adventurous sides. They might enjoy partying together all night. However, they usually won’t go long without pushing each other’s buttons.

Can Aries and Scorpio be together? They can be, but it won’t always be easy.

Scorpio and Aries often find themselves attracted to one another. Aries is intrigued by Scorpio’s magnetic and charismatic nature, and Scorpio can appreciate Aries’ honesty and confidence.

It’s common for these two to be physically attracted to one another immediately. Many Scorpio-Aries relationships start because of the powerful physical attraction they feel.

That attraction won’t always last, though. If an Aries-Scorpio relationship lasts long enough, these two will start to get on each other’s nerves.

Trust can be hit or miss for these two. Both are honest, but that isn’t always enough. Scorpios might not outright lie, but they do hide things. Aries is a little too honest, and Scorpio can’t trust them to be sensitive when Scorpio opens up to them.

Aries-Scorpio couples struggle with jealousy and possessiveness as well. Both of these signs tend to have these traits. This means they understand each other, but it doesn’t always make the jealousy go away.

Scorpio can use Aries’ possessive nature against them. Scorpio can be incredibly vindictive. If Aries hurts Scorpio’s feelings or ignores them for too long, Scorpio will lash out.

These two can be intelligent but aren’t usually interested in the same things. Scorpio wants to have deep, meaningful conversations. They want to uncover everything that is hidden in the world, but Aries only wants to talk about their ambitions and success.

Aries and Scorpio can sometimes share the same love language. Both enjoy physical touch, so they can connect on that level. Physical affection won’t always be enough to save this relationship, though.

Scorpio and Aries may always struggle with emotional intimacy. If Aries can’t open up and be more compassionate, they will hurt Scorpio with their insensitive behavior. When that happens, all bets are off. Scorpio will have no problem hurting Aries right back.

A lot of compromise and patience are needed from both Scorpio and Aries. They need to be completely open with each other if they want this relationship to work. They also need to adjust their expectations and learn to accept one another as they are.

Can Aries and Scorpio be soulmates? There is a powerful connection between these signs, but they aren’t always meant to be together.

These two aren’t likely to get married in the first place. Neither will want to commit to the other if their relationship is tumultuous.

An Aries man and a Scorpio woman’s compatibility tends to be low because neither can control their jealous sides.

Scorpio women are independent but still expect a certain level of attention from their partners. They want to be a priority. If her Aries husband constantly prioritizes work, she will become jealous.

She might start to wonder if he’s seeing someone on the side if Aries doesn’t spend enough time with her. This will likely annoy Aries, especially if he isn’t doing anything wrong.

Scorpio women can sometimes be flirts. They are incredibly charismatic and sexual, so they will likely draw people toward them even if they aren’t flirting. This will make Aries extremely jealous!

A Scorpio man and Aries woman’s compatibility is low because Scorpio can’t always put up with his Aries wife’s temper, and Aries can’t put up with her Scorpio husband when he’s brooding.

Aries and Scorpio are both emotional, but they express their feelings differently. Each of them will often hide their genuine emotions, especially if they don’t want to be vulnerable with one another.

These two fight in different ways as well. Aries has a quick temper and can become aggressive, but they will also cool off quickly. Scorpio can be cold and calculating when angry, and that anger won’t fade quickly.

Aries and Scorpio can be loyal partners, but they might not be if they marry each other. One (or both!) of them may cheat to get back at the other.

These two know how to push each other’s buttons. They know what will hurt the other the most.

Unfortunately, Scorpio and Aries will use that knowledge against each other. Even if these two love one another and want to be married, they can sabotage their relationship.

Aries and Scorpio in bed together is always interesting. These two can have a sexual relationship where each finds pleasure, but it won’t necessarily be an easy sexual experience for either of them.

Aries’ compatibility in the bedroom is higher with a partner who can focus on the physical side of sex. Aries isn’t always looking for emotional intimacy during sex.

Scorpio’s compatibility in the bedroom is higher with partners who aren’t afraid to try new things. Scorpio represents the taboo side of sex. They want an intense experience, whether it’s purely physical or not.

Mars rules Aries. In traditional rulership, Mars also rules Scorpio, even though Pluto rules Scorpio in modern rulership. The sex life of Aries and Scorpio is often guided by Mars and is all about dominance and aggression.

Sex between Aries and Scorpio will never be a tender experience. It lacks some of the sensuality that Scorpio enjoys. Sex may feel more like a battle for these two than anything else.

Aries and Scorpio won’t always have a good sex life. Aries can sometimes be too aggressive and selfish. Scorpios can be manipulative and cruel, especially if they aren’t getting what they want.

Both of these signs love to try new things, but they like to be in charge of what they try. Aries won’t always listen to what Scorpio wants. Scorpio won’t give Aries what they want if Scorpio isn’t also getting a say in what these two do together.

Sometimes, Scorpio will be perfectly fine battling Aries. Other times, though, Scorpio wants an emotional connection. They want to do things their way, and they don’t want Aries to fight them on that constantly.

Sex is often just a physical need for Aries. It’s an itch that needs to be scratched. Sex is so much more than that for Scorpio, though. They aren’t interested in a partner who only ever sees the physical aspect.

These two can have an intense sexual relationship, but it isn’t likely to last. Eventually, Scorpio will want more from Aries. If Aries isn’t willing to listen to Scorpio and experience all that sex offers, this relationship will go nowhere.