How Do You Get an Aries Man to Text You? 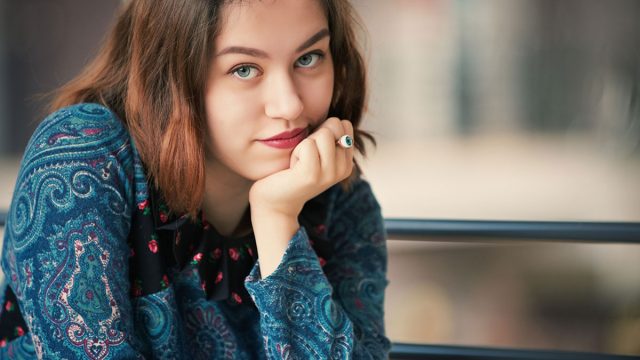 Getting an Aries man to text you can be challenging at times. He has to want to text you, or he won’t bother.

If you text an Aries man first and want him to respond, text with a purpose. Be direct about what you want. Try not to text him first all the time, though. He likes to be in control of conversations.

When you’re with an Aries man in person, show interest in him. Excite him and give him a reason to want to talk to you!

An Aries man will text you if he thinks you’re fun to talk to. Make sure you reply quickly and keep up with the conversation when he does.

How do you get an Aries man to text you back? Ask him a question or send a message that requires a response. He will be more likely to respond to you if he knows he needs to.

If you aren’t sure how to text an Aries man, keep in mind that you should always text with a purpose.

It doesn’t necessarily have to be an important or serious purpose. You just need to give your Aries man something to respond to.

If you want to start a conversation, ask your Aries man a question about something specific. For example, you can ask him his opinion about an interest you two share.

You can also text your Aries man to ask for his help with something. Aries men love showing off and being helpful. He will gladly answer you if you need his assistance.

If an Aries man ignores your texts, it might be because you just haven’t caught his eye yet. You may need to work on your relationship in person to get him to text with you more.

You want to attract your Aries man if you want him to message you. When you see him in person, go out of your way to get his attention.

You can catch an Aries man’s eye at a party by wearing a bright red ensemble. Wear some dramatic makeup that highlights your eyes or your lips. He won’t be able to help but notice you.

Flirt with your Aries man when you two are together. Engage him in conversation. Make sure he knows that you two have some things in common.

Once you’ve caught your Aries man’s eye, he will be more likely to text you.

If you want to make an Aries man respond to you, it’s easier if you are direct with him. He might not respond to your message if you’re too vague or if he’s not sure what you’re talking about.

An Aries man’s texting style can be short and sweet at times. He might have an extended conversation with you over text, but his messages aren’t going to be very long or elaborate.

Match his energy. Don’t send him an entire paragraph in response if he’s sending only a few words or a couple of sentences per text. Be direct and brief in your answers. He’ll be more likely to keep responding to you if you are.

If you want an Aries man to text you, you need to show him that you’re interested in him!

If you exchange numbers with an Aries man after meeting him, make sure he knows that you’re interested in getting to know him.

An Aries man will be unlikely to text you if he thinks you have no interest in him.

If you’re too cold or you play hard to get too much, he’ll move on and focus his time on someone he thinks is more interested in him.

Aries men like the chase, but the pursuit isn’t fun if there isn’t some guarantee that the person he’s chasing wants him. He has no desire to go after someone who legitimately isn’t interested.

You can tease and be coy when you are with your Aries man in person. Also flirt with him and show genuine interest. He’ll be more likely to text you when you two are apart if he knows you like him.

Aries men like people who are passionate, funny, and ambitious. Show your Aries man that you have those traits, and he’ll be more likely to reach out to you.

An Aries man won’t text you first if he doesn’t think you’re interesting. He’s not going to start a conversation with someone he finds dull.

Show your Aries man how interesting you are by talking about things you’re passionate about. Whatever your interests are, show him that you care deeply about something or have a lot of knowledge about a specific topic.

Also, show your Aries man that you’re ambitious. Tell him about your achievements or your career goals. Talk to him about your dreams and desires. He likes to be around people who have some sort of goal in life.

If he thinks you’re engaging, he will text you! You won’t need to reach out to him because he will gladly message you first.

If you want an Aries man to reach out to you, you need to excite him! Show him that you’re someone he can have fun with.

Aries men also like adventurous people. Show off your adventurous side on social media or in group chats, and your Aries man might reach out to you.

You can get an Aries man’s attention and excite him by posting pictures of your travels or nights at the club. Post videos of you out dancing or doing another fun activity.

If you know that you two share an interest or hobby, post about that. He’ll be intrigued and more likely to reach out to you.

You can excite your Aries man when you’re with him in person too. Flirt with him, tease him, and get him a little riled up. He’ll want to text you later to maintain contact with you.

When an Aries man doesn’t text you as often as you’d like, it’s not usually a good idea to bombard him with messages. That will likely just make him ignore you!

How can you tell if an Aries man likes you through text? He will text you frequently! Aries men like to text people first. You don’t have to cling to him or bother him to get him to message you.

How often should you text an Aries man? If he starts the conversation, you can text him as much as possible.

You should try to let him initiate contact most of the time. He will think you’re clingy if you message him every day without waiting for him to text first.

How do you attract an Aries man through text? Reply to him quickly whenever he messages you. That will ensure that your Aries man messages you more often.

Aries men are often impatient. They can be a bit hypocritical at times regarding their texting habits. He might not always message you right away or respond quickly, but he’ll expect you to respond quickly when he wants to chat.

If you want an Aries man to keep texting you, make sure he knows that you’ll be available when he wants to chat.

This won’t always be possible, of course. Just make a point of replying as quickly as possible. Never ignore his texts, either! That will just make him stop messaging you in the first place.

If an Aries man is not responding to your messages, it might be because they’re just not interesting. He might be bored with the things you two usually text about.

Pay attention to how your Aries man responds when talking about specific topics. If he ignores certain subjects or stops responding, he might not like talking about them.

Just switch up subjects occasionally. Don’t fall into too much of a routine with your Aries man. He’ll eventually get bored if you always message him about the same things.

Make sure you don’t bore him when you’re together in person, either. If you two frequently hang out together, mix up the things you do. That will ensure he keeps communicating with you.

Let Him Be In Control

Will an Aries man text every day? Some will, depending on how much they like interacting with you. If he doesn’t text you every day, though, don’t push it. Let him be in control of your texting frequency.

Aries men have dominant personalities. They like to feel in control of most situations. Texting is no different!

Your Aries man will text you if he enjoys talking to you. He will enjoy talking to you more if he feels like he has some control over your conversations.

This doesn’t mean you need to be completely passive or that you should only talk about what he wants to talk about. Just don’t push him to text you when he doesn’t want to.

How Does an Aries Man Test You?Do Aries Men Cheat More Than Others?
Hello, I'm Liz