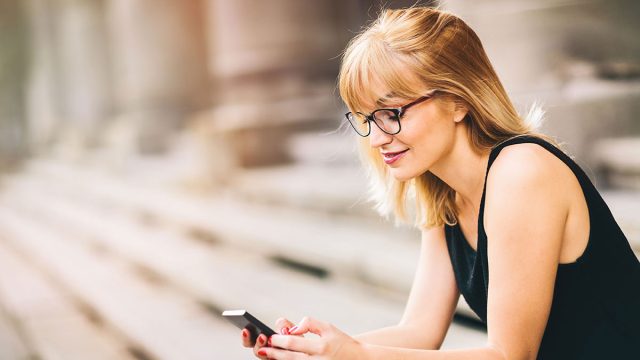 An Aries man’s text seduction techniques are pretty simple. If you want to seduce an Aries man by text, you don’t need to try anything too complicated.

Be direct, be sassy, and be upbeat. Send your Aries man photos, and be confident!

Aries men want partners they can joke around with. If you are trying to seduce an Aries man, tease him. Be funny and make him laugh. Be generally upbeat too, and he’ll love talking to you.

Aries men are dominant people. If you want to seduce an Aries man, you can’t be too forward. Let him text you first most of the time and have control. Be subtle with your seduction.

You should also compliment your Aries man. Feed his ego and make sure he knows how much you like him.

Anything with a joke is an excellent text to send an Aries man. Aries men love to joke around. He’ll enjoy talking to you and find you more attractive if you’re funny.

When texting an Aries man, don’t just focus on being sexy or flirtatious. You can certainly start to seduce him like that, but you need more if you want to win him over.

Aries men love funny women. If he can relax and joke with you, he’ll be more likely to be attracted to you.

You don’t need to come on too strong when flirting with an Aries man. Send a few jokes or funny pictures. If he says something funny, make sure he knows that he made you laugh.

Seducing an Aries man via text is not always a serious matter! He will love talking to you if he can just have fun when texting you.

When texting an Aries man, you need to be direct. Whether you’re just being friendly or trying to seduce him, be straightforward and say what you mean.

An Aries man won’t enjoy talking to you if he always has to figure out the secret meaning behind what you’re saying. Be open and transparent when texting him.

An Aries man’s texting style is direct. If you aren’t sure how to be as straightforward as he needs, you should pay attention to how he texts you.

Just be sincere and be yourself. Say what you mean, and don’t add too much fluff to your text messages.

One easy way to get an Aries man’s attention over text and endear yourself to him is to pay him a few compliments.

Aries men love compliments. Your Aries man is not too humble to accept your compliments. He’ll gladly read them all if he thinks they’re sincere.

Slip in compliments as often as you’d like when texting an Aries man. If he sends you photos, that’s an easy way in! Let him know what you like about the picture.

You can compliment an Aries man on pretty much anything. He will love it when you compliment his looks and physique, but he’ll also love it when that’s not the only thing you focus on.

Make sure your Aries man knows that you notice his accomplishments and personality.

When dating an Aries man, be sassy. Be bold and lively when you’re flirting with an Aries man over text, and you’ll be able to seduce him more easily.

Aries men love it when women challenge them a bit. Your Aries man doesn’t want you to sit back and let him do everything.

Let your Aries man be his dominant self, but playfully argue with him. Start a little competition while you two are texting. That will excite him.

Speak your mind when texting an Aries man. If you two are discussing your opinions about something, be honest! Even if you two disagree with one another, you can have a great conversation.

Your Aries man will respect you when you can stand up to him. He’ll also be intrigued and seduced.

5. Let Him Have Control

If you want to know how to seduce an Aries man, learn how to let him have control over the texting conversation. Even if you’re seducing them, Aries men like to feel in control.

Should you text an Aries man first? You can, but you should let him come to you most of the time. You can easily seduce him by playing a little hard to get and making him pursue you.

You won’t seduce an Aries man if he feels like you’re pushing him. Aries men also don’t like clingy people. Overtexting or demanding replies from him will turn him off.

Let your Aries man initiate your conversations most of the time. As long as you’re an interesting person and he enjoys talking to you, he will reach out. You don’t need to push him to speak to you.

Photos are always a good thing to text an Aries man. Your Aries man will love it if you send him a few flirty photos.

This is a great way to seduce your Aries man if you rarely see him in person. Remind him of what he’s missing out on by not being with you.

Take a few photos that are for your Aries man’s eyes only. You can also send him little videos talking to him. Personalize things so that he knows the images are for him and only him.

You can also send your Aries man photos when you travel or go out with your friends. Aries men want exciting partners. He will be seduced when he sees that you are somebody he can have fun with.

Photos are a great way to make your Aries man laugh too. Not all your photos need to be seductive or exciting. Send him a few funny ones in the mix.

If you want to text an Aries man, you need to be upbeat! He won’t be seduced if you’re always bringing him down or if he finds your conversations boring.

Your Aries man will get bored if you seem timid while texting him. He will also stop texting you if you only ever message him about sad or severe things.

Be someone your Aries man can have a fun text conversation with. There are, of course, times when it is appropriate to discuss serious things. Don’t always do that, though.

It can be hard reading tone over text sometimes. You can show your Aries man that you’re upbeat by discussing fun, engaging topics. You can also use some emojis if you want. Just don’t go overboard.

An essential part of seducing an Aries man is confidence. If you are not confident, or if that confidence doesn’t shine through in your text messages, you won’t get his attention.

Aries men love confident women who speak their minds. An Aries man does not want a timid, passive partner. He wants someone he can talk to and engage with.

Always let your personality shine through when you text your Aries man. Don’t be afraid to be assertive and to show off who you truly are.

Try to avoid any language in your texts that makes you sound unconfident. Being direct will help your text messages to seem more confident.

Something as simple as saying, “Tell me when you’re free,” instead of, “Would you mind telling me when you might be free to hang out?” can seem more confident and assertive.

If you want to turn on an Aries man through text, you need to tease him. Give him a taste of what he could have from you, but don’t show him everything.

When you’re flirting with him, don’t be too explicit. Don’t send him overly explicit photos, either. Leave something to the imagination.

You want to be a bit of a mystery to your Aries man. If he knows everything about you immediately, he might not have any reason to keep messaging you.

Tease your Aries man, but don’t insult him. You want to have a good time, not bruise his ego.

This magic will make your Aries man want a relationship with you.

If you want a relationship with an Aries man, you need to feed his ego! You’ll be able to seduce him more easily if texting you can make him feel good about himself.

Feeding your Aries man’s ego is more than just complimenting him. That certainly helps, but that’s not all you should do.