Why Has an Aries Man Stopped Texting Me? 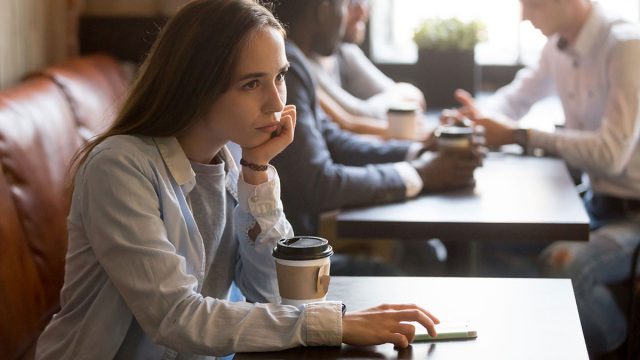 If your Aries man stops texting you, you may wonder what you did wrong or if you’ve upset him.

Why would this zodiac sign suddenly stop communicating with you?

You need to learn more about the typical Aries man’s communication style if you want to understand the meaning behind his silence.

Is he done talking to you forever, or could he just be too busy to respond? Is he angry with you, or is he trying to play mind games?

Once you have a better understanding of how his astrological sign thinks and communicates, you will know why an Aries man stopped texting you.

Aries is one of the most energetic and enthusiastic signs of the entire zodiac. An Aries guy is always on the go, and he has a schedule full of social events, work, meetings, classes, and other projects.

If an Aries man could give up sleep forever so he could have more time to do the things he loves, he would. But even this lively, animated sign needs to rest sometimes.

Because he’s always so busy, an Aries man might not be texting you because he simply doesn’t have the time.

He can barely squeeze a few hours of sleep into his busy schedule, so it’s hard for him to make time for texting.

He is also very focused, so he won’t be checking his phone when he’s working on a project or doing something else.

This doesn’t mean that he will always be too busy for you. When an Aries man misses you and realizes that it’s been a while since he’s been in touch, he will call you right away.

Give him some time, and don’t put pressure on him to respond to you instantly. If you get upset when he doesn’t text you because he’s busy, he will get annoyed with you and start ignoring your messages on purpose.

Although an Aries man can concentrate when he’s working on a project, he has a one-track mind.

He can only focus on one thing at a time, so he might casually glance at his phone while he’s working, see a message from you, and make a mental note to respond to you later.

He wants to really focus on what you’re saying to him and come up with an adequate response, so he puts it off until he can give you his full attention.

But sometimes, his mental note gets lost and he forgets to text you back, even though he had every intention of doing so.

If you want to know how to make an Aries man obsessed with you, be easy-going and don’t get mad when he forgets to text you back.

It doesn’t mean he forgot about you or that he doesn’t care; he was simply too distracted and couldn’t remember to respond.

He Doesn’t Check His Phone Often

Some zodiac signs are more likely than others to be addicted to their phones. Aries is one of the astrological signs that aren’t very attached to constant technological communication.

Although he appreciates the efficiency of texting, an Aries guy prefers to focus on what’s right in front of him instead of getting lost in his phone.

He hates it when other people ignore him in person to play on their phones, and he finds scrolling through social media and playing games on your phone in public unattractive.

An Aries guy is the type of person who only checks his phone a couple of times per day because he likes interacting with real people and places instead of technology.

If you want to know how to make an Aries man addicted to you, don’t send long walls of text or message him over and over.

When he eventually checks his messages, he will get annoyed when he sees you have bombarded him with texts, and he probably won’t read all of them.

Just send him one or two messages and then wait for his response. He likes a woman who isn’t obsessed with being on her phone, so he’ll appreciate your restraint.

He Doesn’t Think You Need a Response

Aries is a very frank and forward zodiac sign, so the typical Aries man’s texting style is quite honest and direct.

Your Aries guy might not be texting you back because he doesn’t enjoy small talk or having long conversations over text.

When your message doesn’t have a question mark in it, he might not realize that you’re waiting for a reply.

If you want to know how to keep an Aries man chasing you and texting you back, ask him a practical question.

If he responds, it means that everything is fine and you have nothing to worry about with your Aries guy. He just didn’t know that your other messages needed a reply.

When you’re not sure what to text an Aries man to make him get back to you, don’t ask philosophical or abstract questions. Save those for when you’re seeing him in person.

Instead, ask for his opinions and advice, or ask if he wants to meet up at a certain place and time. Be sure to include a question mark so he knows you’re looking for a response.

You Made Him Mad

Aries is not a very passive-aggressive sign, so when an Aries guy is mad at you, he is more likely to confront you directly than to ice you out.

But if an Aries man gets upset enough, he might not respond to your text messages because he’s taking some time to cool off.

Don’t panic and bombard him with messages because this will only upset him even more.

You probably don’t want to hear what he has to say if he’s so mad that he’s ignoring you. Give him some time to calm down before initiating a conversation.

And if your Aries guy is upset with you, it’s better to resolve your problems in person rather than over the phone.

After some time has passed, call or text him to make plans to meet up to talk calmly about the issues and apologize.

You can say you’re sorry over texts to break the ice, but don’t think that’s enough to smooth things over with your Aries guy. You will still need to talk in person before he fully forgives you.

An Aries man enjoys the thrill of the chase, but he’s no fool. If you’ve been ignoring him or flirting with other guys in front of him to try to get his attention, he will move on.

He might not be responding to your messages if he thinks that you’re not really into him. If he thinks you’re playing games or talking to other men, he won’t give you the time of day.

You can expect him to ice you out and give you a taste of your own medicine if you’ve been giving him the cold shoulder because that’s what happens when you ignore an Aries man.

He Is Not Into You

It’s easy to jump to conclusions and assume that your Aries guy doesn’t like you if he’s not texting you back.

While there are many other reasons why he could be silent that don’t signify a problem in your relationship, unfortunately, it’s possible that your Aries man just isn’t into you.

He’s not cruel by nature and he’s very direct, so he’s more likely to tell you that you’re not his type than to blow off your texts.

But if an Aries man stopped texting you, it could be that he’s too shy to tell you he doesn’t like you and he hopes you will take the hint from his silence.

If this is the case, no amount of messages or careful questions will get your Aries man to respond. You simply have to compose yourself and move on to someone who will always respond to your texts.

Here is the secret language of Aries men to make him love you forever.

He Is Dating Someone Else

An Aries man makes a faithful and devoted partner. He doesn’t get into many committed relationships because he values his freedom so much.

But when he does commit to a woman, he gives her his whole heart. He won’t cheat on her or exchange inappropriate messages with another girl.

Aries is a flirtatious and playful sign, so sometimes an Aries man will still flirt with other girls even though he has a partner.

But he doesn’t mean anything by it, and he would never go further than flirting with another woman.

If an Aries man has been flirting with you and you start sending him sexy or flirtatious messages, he might not respond because he doesn’t want to get in trouble with his girlfriend.

If you want to know how to beat an Aries man at his own game when he plays you like that, block his number and move on.

You should find a man who doesn’t flirt with other girls when he’s in a relationship, and you certainly deserve someone who will at least text you back.

How to Play Mind Games With an Aries Man8 Tips to Get an Aries Man Back After a Breakup
Hello, I'm Liz