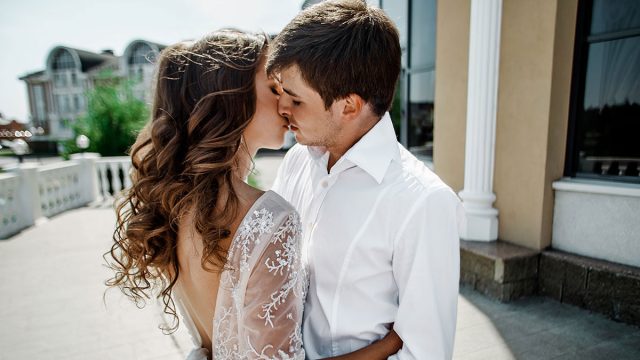 For an Aries man, is PDA something he is comfortable with or would he prefer if his partner kept her hands to herself?

How does this zodiac sign feel about public displays of affection?

Some zodiac signs are more physically affectionate than others, but even the touchiest sign may not enjoy PDA.

So, how can you tell whether or not an Aries guy wants to be kissed and hugged in public?

By gaining a better understanding of his sign’s typical personality traits and behaviors in love, you will know how an Aries man feels about public displays of affection.

An Aries man is a touchy, physical guy, but that doesn’t mean he is affectionate with everyone.

While he may be comfortable giving his friends and coworkers high-fives or pats on the back, he might not hug everyone he meets, or kiss people on the cheek as a greeting.

He saves most of his physical affection for his partner. An Aries guy has no problem showing his girlfriend or even his crush a little love in public.

If you’re wondering how to tell if an Aries man likes you, pay attention to whether or not he is affectionate with you in front of others.

If he only touches you in private, it means that he’s not into you enough to show the world how he feels. This is a sign that he’s playing you.

And if he’s not affectionate at all, it means he has no romantic interest in you and only sees you as a platonic friend.

They May Not Initiate PDA

Although an Aries man doesn’t mind public displays of affection, he doesn’t always initiate them. Even when an Aries man loves you, he might not always be demonstrative of his feelings in public.

It’s not because he’s too shy and worries what you or other people will think. It’s because he’s just not thinking about romance at the moment.

For example, if you’re watching a sports game at a friend’s house or a bar, your Aries guy might not be affectionate with you because he’s focusing on the game.

If he’s in a bad mood or angry about something, he might not pack on the PDA because he’s not feeling very romantic.

Don’t take his lack of PDA as one of the signs an Aries man is not interested anymore. If you initiate by kissing him on the cheek or grabbing his hand, he will probably return your affection.

The only times he won’t kiss you back is if he’s very upset with you or if he’s feeling sick. If he’s ill, get him home and take care of him until he can kiss you again.

And if he’s mad, you need to apologize and talk through it before he will feel affectionate towards you, whether you’re in public or not.

This zodiac sign doesn’t do anything by halves – Aries men do everything to the maximum, or not at all.

It’s no surprise, then, that an Aries man embraces aggressive PDA. If he’s going to be affectionate with you in public, he might as well take it to the extreme.

He will do more than just kissing and cuddling in public, to the point that it might make others around him uncomfortable.

If you don’t like PDA or just need your Aries guy to tone it down, tell him directly instead of pushing him away.

Say that you don’t like it when everyone stares because he is touching you in public, and you would rather just keep it simple and hold hands or hug when you’re with others.

An Aries guy knows he can be a little over the top, so as long as you don’t make it seem like you don’t want people to know you’re together at all, he won’t mind restraining himself a little.

When an Aries guy loves a woman, he wants the world to know it. He will use PDA to show everyone that you are taken and other men shouldn’t try to approach you.

When you’re around other guys, your Aries man might throw an arm around your shoulder or pull you in for a long kiss just to make it clear that you’re not single.

If he uses PDA to mark his territory, it’s one of the signs an Aries man is falling for you. He is proud of his partner and wants everyone to know that she belongs to him.

They Use PDA Protectively

An Aries guy sees himself as a knight in shining armor and he looks for opportunities to defend and protect the object of his affection.

He will use public displays of affection as a way to take care of you and keep you safe. It’s a way of expressing his love and it also makes him feel strong.

When you shiver and he puts his arm around you to help you warm up, it’s one of the signs an Aries man is in love with you and wants to protect you.

If he carries you in his arms when your feet hurt or it’s wet outside and you don’t want to ruin your shoes, you know your Aries man is obsessed with you.

They Use PDA to Make Others Jealous

An Aries man is the jealous type, and because he’s egocentric, he assumes everyone else gets jealous easily, too.

He might use PDA to show off or try to make someone else jealous. For example, if you are at a party and his ex is there, he might make out with you just to hurt her.

You can use public displays of affection to beat your Aries man at his own game and make him envious, too.

If you want to know how to make an Aries man jealous, be affectionate with another man in front of him.

Rest your hand on another guy’s arm or knee when you’re talking to him, give him a lingering hug, or kiss him on the cheek flirtatiously.

Your Aries guy won’t be able to stand it when he sees you with someone else, and he is sure to work harder to earn your affection.

They Seek Attention Through PDA

An Aries man loathes being ignored or excluded because he sees it as a sign of disrespect. He also hates feeling like he’s missing out on something fun.

If he feels like he is not getting enough appreciation or affection from his loved one, he will do whatever it takes to make her notice him.

When an Aries is ignored, he will use PDA to get the attention of his lover. He’s not afraid to take the affection that he needs by force.

If she’s in an intense, private discussion with someone else, an Aries man may butt in by giving his partner a huge bear hug or a long, passionate kiss.

They Don’t Care What Others Think of PDA

Aries is a very confident and self-assured sign. An Aries man appreciates individuality and uniqueness, and he doesn’t care to conform to social norms.

If his PDA makes other people uncomfortable, an Aries man doesn’t see that as his problem. He will do what he wants to do, and everyone else can deal with it.

He embraces PDA because it’s how an Aries man shows his love. And when this bold sign is in love, he doesn’t care who knows it.

When other people stare because he is making out with his partner in public, it doesn’t bother him at all. He is so focused on his loved one that nothing else matters besides her.

They Use PDA to Take Control

Aries men can be quite controlling and bossy. They like to have things their way and they aren’t very flexible.

Although this zodiac sign isn’t particularly manipulative, an Aries man is not above using public displays of affection to get what he wants.

If he wants his partner to do something for him, he may butter her up by being affectionate in public.

For example, if they are out with friends and she wants to go home while he wants to continue partying, he will smother her with kisses to try to convince her to stay.

They Flirt Through PDA

Aries men are very physical and they have no problem showing how they feel about someone through touch.

If an Aries man likes you, he will show it by being affectionate, even in public. One of his flirting techniques is making physical contact with the woman he desires.

He might brush a piece of hair out of your face, flirtatiously rub your shoulders, or slide his hand up your leg, regardless of who can see what he’s doing.

An Aries guy won’t keep his hands off of his crush just because other people are around. When he wants to express his feelings, nothing stands in his way.

10 Important Signs an Aries Man is Not Interested in YouHow to React to an Aries Man Silent Treatment
Hello, I'm Liz