What Kind of Humor Do Aries Men Enjoy? 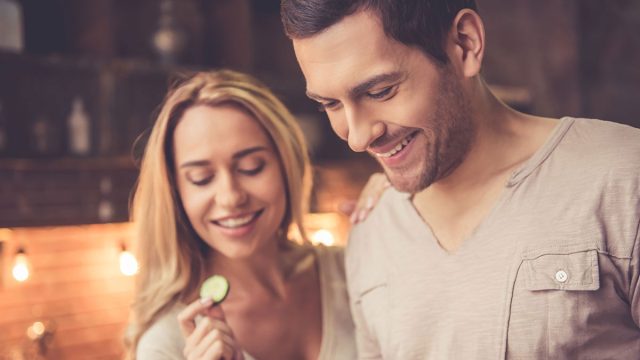 An Aries man jokes often and likes to see the fun side of things whenever he can. He loves people who can joke with him.

What attracts an Aries man when it comes to humor can vary. Some Aries men like slapstick and physical comedy, while others prefer wordplay and wit.

You’ll figure his sense of humor out quickly if you two talk a lot.

Is an Aries man funny? Not all of them are comedic geniuses but most of them do enjoy a good joke. It’s actually pretty easy to make them laugh.

If you aren’t sure a joke will land with an Aries man, don’t worry! Your failed attempt at humor might amuse him anyway.

If you don’t know what slapstick comedy is, it’s a type of humor that involves some degree of violence.

It’s over-the-top and ridiculous most of the time. The humor comes from laughing at another person getting hurt, often in dramatic and silly ways.

The Punch and Judy puppet show is one example of slapstick comedy. The Three Stooges also used slapstick and you can see this in the Dumb and Dumber movies as well.

If an Aries man laughs at somebody tripping over something or taking a tumble down the stairs, chances are he enjoys slapstick comedy.

This doesn’t mean he’s a cruel person or that he delights in the misfortune of others, of course! It’s only really funny if the other person doesn’t actually get seriously injured.

Aries men also really only enjoy this type of humor when they’re laughing at other people. If he falls and other people laugh, he’s more likely to get embarrassed than to laugh with them.

Slapstick is a type of physical comedy but there are other types as well. Not all of them involve violence or people getting hurt so if that’s not your thing, don’t worry.

Charlie Chaplin is one example of an entertainer who used physical comedy to get laughs out of people. He used slapstick but he also employed other types.

Other examples of physical comedy include clowning and mimes. The comedy often comes from the exaggerated expressions and actions of the clowns and mimes who are performing.

Not everyone enjoys clowns, of course, but an Aries man might! Their silly, ridiculous nature is something that makes him laugh.

Cartoons like Tom and Jerry and the Looney Toons often employ different types of physical comedy as well. The stunts performed in cartoons can be far more ridiculous and exaggerated than they can be in real life, after all.

If you’re looking for jokes for an Aries man, try finding some that incorporate wordplay.

One type of wordplay they like is innuendo. Aries men also enjoy double entendre.

Don’t be afraid of getting a little sexual or risque with the types of jokes you tell him. When an expression has a double meaning and one meaning is sexual, he’ll find it hilarious.

Puns are another thing that Aries men often enjoy. They might seem silly or cheesy but try a few on an Aries man and you’ll likely get a laugh out of him.

You don’t necessarily need to be a master of language to employ some wordplay either, so don’t worry. Often, the funniest forms of wordplay are ones that happen by accident.

If you say something and he starts laughing, he’s likely not laughing at you. You probably just inadvertently said something funny.

Aries men are witty sometimes and even those who aren’t witty themselves tend to enjoy witty humor.

If you’re a more intelligent person, go ahead and try to use this type of humor with an Aries man. If he doesn’t get your jokes, just try something else.

Aries men like it when people are both clever and funny. He’ll laugh at a stupid joke sometimes, of course, but he also enjoys ones that involve a little bit of thought.

Witty remarks that are a little mean are also up his alley. Some Aries men get a kick out of teasing and making fun of others. It’s all in good fun, though.

Don’t try too hard to be witty, though. Wit is usually something that comes naturally to a person and if you aren’t naturally witty, it can take some time to develop that type of humor.

What do Aries men like in a joke? They often like jokes that are bold and straightforward. They tend to enjoy comedians who aren’t afraid to say something a little off the wall at times.

Does an Aries man like jokes that involve dirty or sexual humor? He often does. Don’t feel embarrassed about telling a dirty joke around him because he’ll likely love it.

Aries men also just appreciate people who are bold in general. If you are confident and don’t hold back when you’re expressing yourself, he’ll find you more interesting and ultimately, funnier.

The best way to employ bold humor is just to go with the flow and say something as soon as it comes to mind. Don’t think too hard before saying something to an Aries man.

When something is quirky, it’s unpredictable and odd. Aries men love the unpredictable. They love it when they don’t always know what to expect from somebody.

If your humor is a little off-the-wall, don’t worry! This is exactly the type of thing that will make an Aries man laugh.

Even if your jokes don’t always make sense to other people, they might get a laugh out of an Aries man. No matter how silly or stupid other people might think your joke is, he may think it’s one of the funniest things he’s ever heard.

Aries men like surprises. They love the unexpected. If you are constantly saying things he’d never expect anyone to say, he’ll find it funny.

You can always make him laugh by sending him a random meme you found or messaging him something silly out of the blue.

Snarky humor is a little sassy and involves snide remarks. Snark is witty and edgy. It can be a little mean sometimes too.

Some people find an Aries man’s snarky nature to be rude but he’s honestly not trying to be. He often just says whatever comes to mind and sometimes, it comes off as mean even if he’s trying to be funny.

The thing with snark is that it can seem cruel if you’re too snarky. An Aries man might find that hilarious but not everyone likes to make fun of other people for the sake of a joke.

You do have to be careful with this one, of course. Aries men don’t like it when you mock them. He also doesn’t usually like self-deprecating humor so save any snarky remarks for people other than him and yourself.

Are Aries men funny? That all depends on what type of humor you like, honestly.

Many Aries men can be sarcastic and dry with their humor. Not everybody likes this type of humor or even gets it. Sarcasm is another type of humor that can have a mocking element to it and not everyone enjoys that.

Sarcasm is just about saying something in a way that shows you really mean the opposite. Sarcasm is not about the actual content of what you say, but the tone you use when saying it. Context is also important.

If he knows you don’t like somebody, for example, and you compliment them in a dry tone, he’ll know you’re being sarcastic. He might find that hilarious.

Again, if you’re being sarcastic around an Aries man, don’t make him the subject of your sarcasm. He doesn’t like being mocked even if he sometimes finds pleasure in mocking other people.

Sometimes, what an Aries man likes more than anything is humor that is loud and uninhibited. He likes people who aren’t afraid to try something out, even if it doesn’t always land the way they want it to.

What’s funny to an Aries man isn’t always going to be funny to other people. He might laugh at somebody’s joke just because of the ridiculous way they told it, not the actual content of the joke.

If you say something confidently enough and you start laughing, an Aries man might just join in with you. Even if he didn’t get the joke or actually find it funny, your laughter will make him laugh.

The loudest person in the room really is the one to attract an Aries man sometimes. Aries men often think drunk people are hilarious, for example.

They say things without thinking and they are far more uninhibited than they’d normally be when sober.

If you want to make an Aries man laugh, don’t try too hard! Just go with the flow. Say whatever comes to mind. Be confident. Be loud. Laugh at your own jokes.