How Do Aries Men Play Hard to Get? 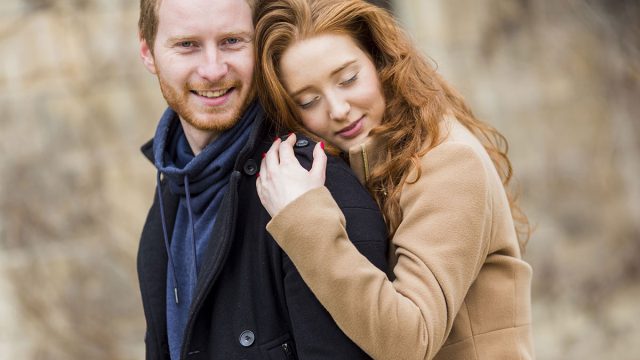 Aries men are often very forward when they like a person so it might seem odd for them to play hard to get.

It’s actually very common, though. This is because they make everything into a competition, including romance.

An Aries man will play hard to get if he starts to feel like his pursuit of somebody is one-sided.

He likes to chase after people but he doesn’t want to go after somebody who isn’t interested in him.

He’ll back off, ghost you, and even flirt with other people in front of you if he wants you to start chasing after him.

He wants to have his ego stroked a little. He wants to see that you want him.

If he’s playing hard to get, it’s because he’s trying to get a reaction out of you.

If you two have been getting close and he suddenly ghosts you, just wait. He might not actually be ghosting you, he might be playing hard to get.

Aries men love attention and they sometimes have a flair for the dramatic. If he’s not getting enough attention, he’ll disappear.

That might seem counterintuitive but he does this because he thinks it’ll get your attention. If you two have been talking constantly and he stops responding out of the blue, you’ll take notice of that.

If he does this, reach out expressing concern. Don’t overdo it or blow up his phone, though. You don’t want to seem desperate.

Open, Then Backs Off

Sometimes, an Aries man will start to open up to you about things that are deeply personal and then he’ll suddenly back off entirely.

He does this to give you a little “taste” of what it’s like to be in a relationship with him. He won’t reveal everything because he wants to make you work for it.

Backing off after he’s opened up to you doesn’t always mean he’s playing with you, though. You’ll have to look out for other signs, not just this one.

If an Aries man is confused in love, he might do this as well. He’s not always trying to play hard to get. Sometimes he just isn’t sure about his feelings.

If an Aries man just wants to be friends, he might back off because he doesn’t want to lead you on. He does open up to his friends sometimes but if he thinks you’ve gotten the wrong idea about your relationship, he’ll take a step back.

Many Aries men are flirts. Even when they’re interested in somebody, they might still flirt with other people.

One reason he’ll do this is that he’s playing hard to get. He wants to make you a little jealous.

You’ll know he’s doing this on purpose because he’ll make sure to flirt with people when you’re around. He may even look over at you while he’s doing it, just to make sure you see him.

If he doesn’t flirt with others unless you’re around, he’s definitely doing it on purpose. He’s not trying to actually express interest in other people. He’s just trying to rile you up.

On the other hand, if he flirts with other people around you but never flirts with you, that’s a sign an Aries man is not interested in you. He’s not playing hard to get, he just doesn’t see you in a romantic light.

An Aries man playing hard to get will make it clear that you aren’t his only option when it comes to romance.

He’ll go on dating apps when he knows you’re looking. He’ll post photos with other women on accounts he knows you follow.

Aries men often do this because they think it’ll make you pursue them harder. After all, you don’t want to risk somebody else snatching him up first, right?

If you want to know how to beat an Aries man at his own game, do the exact same thing he does. Post pictures of yourself getting cozy with other men on social media. Show up to parties with someone else.

If you make it clear that he’s not your only option either, that might get to stop playing hard to get. It’ll turn the tables around and make him pursue you.

An Aries man will be hot and cold if he’s playing hard to get. He wants to show you he’s interested but he doesn’t want to seem too interested.

Aries men make everything a competition. They always want to have the upper hand in everything they do.

An Aries man will come on strong at first, then back off and ignore you. He wants to make sure you’re interested enough to go after him.

He may also do this if he thinks he likes you more than you like him. He doesn’t want you to have that power over him.

He wants to leave you wanting. He wants you to chase after his affections.

Aries men do love to pursue people but they also don’t want to seem desperate. If he’s been pursuing you and he suddenly backs off, it might be because he wants you to start pursuing him.

An Aries man might make it seem like he’s got more going on than he really does when he’s playing hard to get.

He’ll make it seem like he already has plans when you ask him to hang out. He’ll feign being busy because he thinks this makes him seem more interesting.

At the last minute, though, those plans will suddenly “fall through” so that he’s free for you.

He’ll also make it seem like he’s got more romantic prospects than he actually does. Sometimes, he doesn’t actually have all those other options he seems to have.

He’ll pretend he doesn’t like you as much as he does as well. If he’s not sure about your feelings for him, he’ll try not to come on too strong. He does this because he doesn’t want to be rejected.

An Aries man not communicating isn’t always a sign of him playing hard to get but it can be.

If he is playing hard to get, you’ll be able to tell. He’ll be distant and ignore you but he’ll do things like ask his friends if you’ve said anything about him.

He won’t respond to your messages but he’ll post on social media any time he sees you’re online.

If you reach out and seem legitimately concerned, he’ll message you to soothe your worries. He doesn’t want to worry you or completely push you away, after all. He just wants to make you chase him.

Giving an Aries man space if he suddenly becomes distant is usually a good idea. Sometimes, he legitimately needs time to himself or to go do things separately from you.

One of the signs an Aries man is interested in you is that he’ll show off to you constantly.

This is also something he does when he’s playing hard to get. He wants to seem impressive, even intimidating. He might want to appear unattainable.

He does this, of course, because he thinks it will make him seem more appealing. Everyone wants what they can’t have, right?

He’ll talk big and make himself seem more impressive than he really is. If you call him out on something, he’ll just double down about it too.

He may also make sure you see photos of his exes. He wants you to see the kinds of women he’s been with in the past. He does this to set up some competition between you and them.

This might not seem like a way of playing hard to get but for Aries, it is.

He will put in the effort to charm you and get you interested in him. He’ll be friendly, he’ll be romantic, he’ll show some of that famous Aries passion.

Once he knows you’re charmed and that he’s got you interested, he’ll turn some of that charm off.

He wants to leave you begging for more. He wants you to know what it’s like to have his full attention so that you seek him out more.

If he suddenly starts acting passive-aggressive when he normally doesn’t, that’s a sign an Aries man is testing you.

Aries men are normally very direct. If he starts making backhanded compliments or expressing negative feelings in a roundabout way, he’s doing it on purpose.

He wants to see how you’ll react. Will you confront him about it? Will you back off and just accept his behavior?

How Do You Win an Aries Man’s Heart?Do Aries Men Have a Freaky Side?
Hello, I'm Liz