In The Aries Man Friend Zone? Some Tips For You! 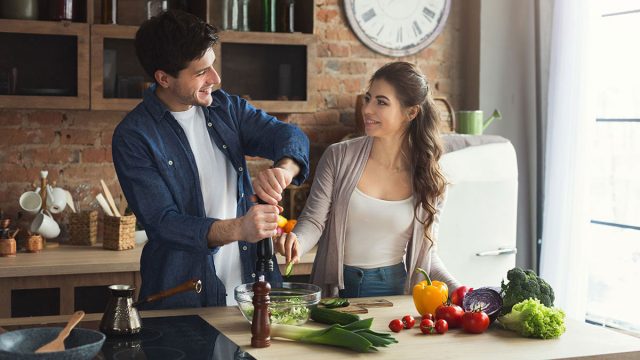 If you’re in an Aries man’s friend zone, don’t fret! Show him that you’re open to being more than friends.

An Aries man might consider you just a friend for many reasons. You need to show him you’re a potential partner, not just “one of the boys.”

Aries men can be incredibly passionate and romantic partners. They like to take the lead and be the ones wooing their partners rather than the other way around.

Your Aries man might not see you in a romantic light because of your current relationship. Start behaving a little less friendly and a lot more flirty. He might get the hint if you do that.

Show your interest in your Aries man, but don’t push him. You want him to feel like he’s controlling things. Even if you got things started by flirting, let him take over from there.

Show Your Passionate Side

If you’ve been friend zoned by an Aries man, show him your passionate side! You need to make him see you in a different light.

Aries men aren’t typically attracted to shy, quiet people. They like to see passion! They prefer people with confident and loud personalities.

Of course, you don’t need to change your entire personality to make him like you. If he’s already your friend, there is something he likes about you as you are.

Show him your passionate side, though. There are likely hobbies or interests that you are passionate about. Talk about those! Make it clear that you’re not always quiet.

The last thing you want is for your Aries man to think you’re boring. He wants an exciting and passionate partner. He might take you out of the friend zone when he sees that you could be that person.

Sometimes when an Aries man puts you in the friend zone, it’s not because he’s not interested. He may think that you aren’t interested!

Aries men fear rejection. They might dive into some things without thinking, but relationships are a different ball game.

Your Aries man might put you in the friend zone even when he likes you because he thinks you’ll reject him. If he thinks there’s no possible way you could like him back, he’ll do his best to just think of you as a friend.

If you’re interested, show him that! Your Aries man will be pleasantly surprised when you start flirting with him.

If you think an Aries man is hiding his feelings, don’t push him. Just keep showing that you’re interested and let him set the pace.

Aries men don’t like to be pushed or controlled. He will keep his distance if he believes you’ll try to control or push him into something he’s not ready for.

Show your Aries man that you respect him and are willing to go at his pace. Be patient with him. Just keep being his friend, and he may eventually realize that you could be something more.

Aries men like to be in control. They don’t necessarily want to control another person completely, but they like to take the lead in relationships.

Your Aries man might put you in the friend zone if he thinks you’re too dominant or that you won’t ever let him lead.

Do you always plan everything you two do? Let him plan things instead for a change!

Your Aries man might be turned off if you are too controlling over him. If you’re always telling him what to do, back off. Let him take the lead in his own life.

An Aries man might be okay with having a friend who never lets him do anything for them, but he wants to be able to do things for his partner.

Show him that you’ll let him lead sometimes, and your Aries man might start seeing you as more than a friend.

Aries men prefer deep, intimate friendships and relationships over casual or superficial ones. Your Aries man might keep you around as a casual friend, but he won’t see you as anything more than that if you won’t open up to him.

Don’t be afraid to be vulnerable with your Aries man sometimes. Allow him to know the real you! Don’t hide behind a mask or try to always act tough.

If your Aries man thinks you don’t trust him or that you won’t let him in, he won’t pursue a relationship with you.

Sometimes, Aries men have difficulty opening up, so he’ll understand if you do. You still need to make an effort to do so, though!

Many Aries men also prefer partners who can be more open than they can because that allows them to eventually open up.

Your Aries man might put you in the friend zone if you don’t open up because that tells him emotional intimacy in a relationship would be incredibly difficult.

If you want to know how to attract an Aries man, one thing you need to do is be ambitious!

Aries men want partners who are ambitious. If he thinks you aren’t going anywhere in life, that might be why he put you in the friend zone.

An Aries man wants a partner he can grow with as they go through life together. He wants to be successful in life and prefers partners with similar ambitions.

Your ambitions don’t need to be the same as his, but you must have them! Regardless of what they are, make sure he knows about them. Make it clear to your Aries man that you have what it takes to stand at his side.

Let Him Chase You

Don’t come on too strong if you want to make an Aries man obsessed with you. You need to let him chase you!

Aries men like the chase. They want to be in control and love a bit of a challenge. He might just keep you in the friend zone if he thinks you’re too much of a sure thing.

Be a bit mysterious. Don’t tell your Aries man your whole life story too early on. Leave some things up to the imagination, and make him work a bit to get to know you better.

An Aries man might put someone in the friend zone just because he knows he can take them out of it on a whim.

If he knows you’ll just stick around and pine after him, he won’t see any reason to chase you or work for a relationship.

Show Off Your Mind

If you want to catch an Aries man’s eye, you need to be more than a pretty face! Show him how intelligent you are as well.

Aries men will have flings with people based purely on physical attraction. They may also be attracted to some of their friends, but they won’t date them just because they think they’re pretty.

Connect with your Aries man on an intellectual level. Not everyone appreciates how intelligent an Aries man can be. He’ll love it when you do!

Once your Aries man knows that he can have an intelligent conversation with you, he might start to see you in a different light.

You won’t just be his hot friend or a potential fling. He may begin to think of you as a potential partner instead.

Show Him The Real You

An Aries man in love wants to know that he’s fallen in love with someone honest and genuine. He might have put you in the friend zone because he’s not sure who you are!

Show him the real you if you want your Aries man to consider you as more than a friend. If you want a relationship with an Aries man, you’ll need to be genuine with him, or he’ll never feel secure with you.

Honesty is essential to Aries men. They cannot get close to someone if they can’t trust them or think they aren’t being entirely honest.

Be vulnerable with your Aries man. Let him see a side of you that nobody else does. He might start to see you as a potential partner instead of a casual friend when he genuinely knows who you are.

One of the signs an Aries man secretly likes you is that he’ll try to genuinely get to know you. He’ll want to form a more intimate bond than he would with someone who was just a friend.

How To Beat An Aries Man At His Own GameIs Your Aries Man Hiding His Feelings?
Hello, I'm Liz