10 Signs an Aries Man Has a Crush On You 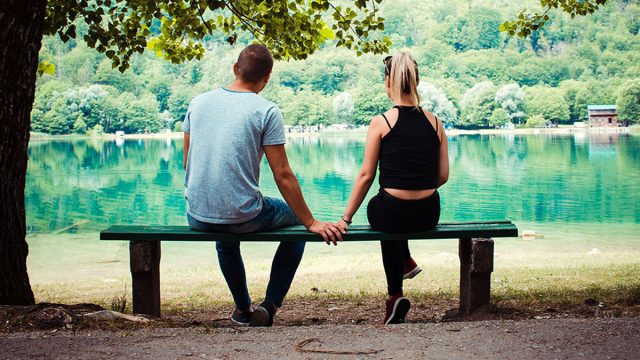 An Aries man’s crush signs can be pretty obvious most of the time. Aries men have trouble hiding how they feel even when they try.

He’s a passionate person. If an Aries man has a crush on you, he’ll usually go after you.

If an Aries man likes you, you’ll be able to see it in his body language and his eyes.

An Aries man will also be very attentive to somebody he has a crush on.

He’ll drop everything to help them, he’ll listen when they need him to, and he’ll make sure they feel good whenever he’s around.

He’ll also text and call you often. He’ll want to be around you as much as possible.

If you’re trying to figure out if he has a crush on you, pay attention to an Aries man’s body language when he’s around you.

When an Aries man has a crush on you, he will want to be in your space. He’ll lean into you when you talk. He’ll hug you when he sees you.

He will do things like pat your shoulder and put a hand on your arm while you two are chatting. He’ll keep small points of physical contact between you two whenever possible.

An Aries man’s eye contact is also a good indicator of whether or not he likes you.

Aries men tend to have an intense gaze. He won’t be able to look away from you when he likes you. If you are constantly feeling his eyes on you when you’re in the same room, he probably has a crush on you.

2. You Meet His Friends

When an Aries man likes you, he’ll want to show you off to everyone he knows.

Even if you two aren’t dating, he might start inviting you to parties or group hangouts so that you can meet his friends.

He likes to incorporate the people he cares about into his life. He likes it when he can have all the people he likes, romantically or platonically, in one place.

If he wants you to meet his friends, he might have a crush on you. He might also just want you to be his friend so you will need to look out for other signs of a crush as well.

His friends will likely be able to tell you if he has a crush on you, though. When an Aries man likes somebody, he has a hard time keeping it a secret.

If his friends start teasing him about liking you while you’re hanging out with them, they’re not just teasing. He really does like you.

If you’ve got a certain bad habit that most people tend to find annoying but he finds it cute or endearing, that’s one of the signs an Aries man likes you.

Maybe you tap your fingers against the table or click your pen constantly when you’re nervous. If other people are telling you to stop but an Aries man doesn’t seem to mind at all, that might be a sign he likes you.

When an Aries man likes somebody, even their worst habits can seem charming sometimes.

This is because he doesn’t like to pick and choose traits about a single person that he does and doesn’t like. If he’s developed a crush on you, he likes all of you.

If he gets annoyed when other people do something but doesn’t care when you do it, that’s a sign that he likes you.

Looking and finding love with a Aries man doesn't have to be impossible! Here's how...

4. Drops Everything for You

If you really want to know if an Aries man has a crush on you, ask him for a favor. How he reacts might indicate his feelings for you.

If you know that he’s busy or that he already has plans but he drops them to go help you out, he likes you.

Aries men like to take on the role of protector in relationships. They like to be somebody that their partner can rely on when they need them.

Don’t be overly needy on purpose, of course. That will turn him off! He doesn’t want you to need him for every little thing.

When he’s willing to come to help you out with something major at the last minute, though, that’s a sign he’s got feelings for you.

When an Aries man likes somebody, he often shows them by being attentive to them and their needs.

If he does something for you without you needing to ask, it’s because he’s been paying attention to you.

He might start noticing when you’re stressed out and do things to make you feel better.

Maybe he notices you like a particular color or a certain type of sweet. He’ll start giving you gifts without you needing to tell him what you like.

If he’s inattentive and never listens to you, even when you two are hanging out together, that’s one of the signs an Aries man doesn’t like you. If he keeps hanging out with you, he might have an ulterior motive for doing so.

One of the signs an Aries man likes you through text is that he’ll text you constantly.

Aries men don’t talk to people if they don’t want to. They aren’t the kind of people to care about social niceties unless they will get something out of it.

If he’s always texting you just to chat and not because he wants anything in particular, he probably has a crush on you.

When an Aries man has a crush on you, chatting with you will make him happy. He’ll love hearing about your day or just swapping silly memes back and forth.

Pay attention to the nature of his texts, though. If he’s always texting you asking for favors or sending 3 am “you up?” texts, he just wants something from you.

An Aries man who has a crush on you might call you often just because hearing your voice makes him happy.

Not everyone likes to talk on the phone but Aries men tend to enjoy it. They can be more expressive over the phone than they can be in a text conversation.

If he is always calling you just to say hi and see how you’re doing, it’s likely because he has a crush on you.

Again, pay attention to the nature of his phone calls! It’ll be obvious if he’s just calling you for a hookup.

If he calls to chat and doesn’t seem to want anything out of it other than talking, though, that’s a good sign that he likes you.

It’s often easy to know if an Aries man likes you because he’ll be far more physically affectionate with you than he is with anyone else.

If an Aries man just wants to be friends with you and nothing more, he might be affectionate but it won’t be any different than how he acts with the rest of his friends.

Pay attention to how he acts with other people. If he hugs everyone when he sees them and not just you, don’t take that as a sign that he likes you. If he only hugs you, though, even when other friends are around, that might be a sign.

Being affectionate with his crush makes an Aries man happy. He doesn’t ignore his whims or desires. If hugging you or holding your hand brings him joy, he’s going to do it.

What does it mean when an Aries man stares at you while you’re talking? It means he’s listening intently.

Aries men don’t listen to people if they find them boring. They might pretend to listen to somebody if they have to but it’ll be obvious if he’s not actually paying attention.

When he likes you, he’ll want to listen to what you have to say.

If he is hanging off your every word and asking follow-up questions to get you to talk more, that’s a sign he has a crush on you.

You’ll be able to tell if he’s really listening to you. He’ll remember things you said and bring them up in the conversation to keep it going.

He’ll have his eyes on you the whole time you’re talking. He won’t be distracted by his phone or anything else around him.

Aries men can be overly flattering sometimes but when they compliment a woman, they usually mean it.

If he is constantly complimenting you, he’s trying to get your attention. He is also trying to make you feel good.

He’ll let you know when you’ve done a good job on a project or when he likes something you’ve created.

How To Catch an Aries Man’s Eyes?Will an Aries Man Keep Coming Back? (And Why?)
Hello, I'm Liz