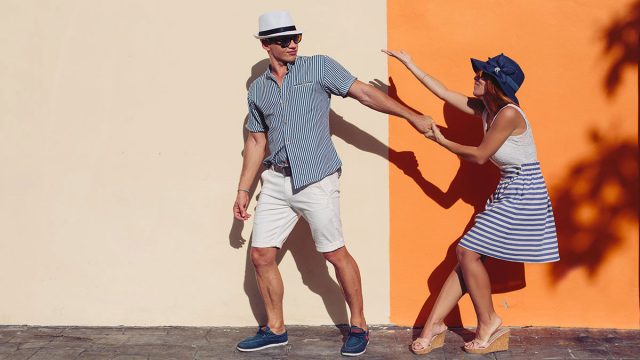 As one of the most temperamental signs of the zodiac, an Aries man is complicated and hard to understand at times.

What are some of the traits that make him so hard to read?

Although he is mercurial, an Aries guy is also very honest and straightforward. He can’t hide how he feels and he never tells a lie.

When you are trying to figure out a complicated Aries man, you should know that he is an open book and will tell you anything you want to know about himself.

But if you learn more about his zodiac sign’s typical personality traits and psychological characteristics, you will be able to understand the complexities of an Aries man on your own.

Every zodiac sign belongs to one of four natural elements, and a sign’s natural element reveals a great deal about that sign’s temperament and personality.

The four elements are fire, air, earth, and water. Aries is a fire sign, and fire signs are known for being passionate and temperamental.

This fire sign heats up quickly, so one of the things that makes an Aries man so complicated is that he gets angry frequently and easily.

The littlest things can set him off and make him lash out in rage. Then, just as quickly as his fury appears, it dies out and your Aries man is back to being in a good mood.

It’s hard for some people to deal with an Aries guy when he gets mad because he tends to take his frustration out on whoever is closest to him.

An Aries man’s impulsivity is one of his more distinctive characteristics, and it’s both what makes him so exciting to be around and what makes him dangerous.

An Aries guy is the type of person who will suggest going to the airport and buying a ticket for the next flight, no matter where it’s going, just to be adventurous and try something new.

You can count on him to do something reckless on a whim, as long as he is in the right mood.

He doesn’t think twice before taking action, and this spontaneity makes him complicated because it’s both fun and hazardous.

Your Aries guy is probably covered in scars and battle wounds that are trophies of some of his impulsive decisions.

An Aries man’s impulsivity goes hand in hand with his honesty. One of the facts about an Aries man you need to understand is that he simply doesn’t think before he speaks.

He blurts out the first thing that pops into his head without pausing to consider the consequences of his words or the reactions he might receive.

On the one hand, this means that an Aries guy can be brutally honest because he never hesitates to offer his frank opinion. This can be a difficult characteristic for some people to stomach.

On the other hand, you will never have to guess what an Aries man is thinking or feeling because he will always tell you the truth.

You can always count on an Aries man to tell the truth, which makes him complicated to be around, especially if you are sensitive to criticism.

Looking and finding love with a Aries man doesn't have to be impossible! Here's how...

An Aries man’s weakness is his hidden insecurity. This sign is one of the most confident of the entire zodiac, so you may never see an Aries guy’s insecure side.

But beneath the surface, there are many things that make him feel self-conscious and like he has to prove himself to the world.

He puts on a brave face and acts macho, but beneath his tough exterior is a sweet and sensitive soul.

An Aries man in love gets insecure that his partner will find somebody else and leave him. He worries someone better will come along and steal his lover.

If he is feeling neglected, he may start acting out to get your attention because that’s what happens when you ignore an Aries man.

If you want to know how to make an Aries man addicted to you, you should be the person who always builds him up and makes him feel better about himself.

Be his biggest cheerleader and shower him with compliments. He may seem like he already has a big ego, but even he needs a confidence boost every now and then.

One of an Aries man’s negative traits is his uncontrollable temper. He vacillates between extreme emotions and has no problem expressing how he feels.

One minute, he is happy and laughing. Then, somebody says one wrong word to him and he is boiling with rage.

He cools off quickly and will apologize if he lashes out at others when he is in a bad mood, but he will just repeat the cycle all over again.

When he sees a sad commercial on TV, he might burst into tears, only to turn around and smile seconds later.

If you want to know how to make an Aries man obsessed with you, you need to be able to handle his mood swings.

Tread lightly when he’s cranky, and forgive him quickly when he uses his sharp tongue against you in the heat of an argument.

Get the "love spell" to attract and keep your Aries man.

Some signs are dominant and aggressive while others are passive and submissive. This balance allows room for people to grow and get along with each other.

Aries is one of the more dominant zodiac signs. Aries men are known for being a bit bossy and controlling, and they don’t stop until they get their way.

This quality makes them complicated because the people around him often have no choice but to accommodate him.

His need for power even extends to the bedroom. An Aries man in bed likes to take the dominant role and be in control of any sexual situation.

It’s hard for him to find friends and lovers who will go along with what he wants but are still energetic and impulsive enough to keep up with him.

Aries is perhaps the most competitive sign of the entire zodiac, and his inner fighter makes him complicated because even the smallest things turn into a competition.

For example, Aries men in relationships are very jealous and possessive because they view other men as a threat. He competes with them for the attention and affection of his lover.

Sometimes the way he constantly tries to best others can be exhausting, but his competitive nature can be a lot of fun, too. He will turn even mundane activities like cleaning or grocery shopping into a contest.

He might split up the grocery list and see who can finish collecting all the items first, or set a timer and see if you can get the house clean together in under an hour.

While his combative and contentious nature makes him complex, it’s also what makes an Aries guy so exciting and inspiring to be around.

Every zodiac sign rules a “house” of the zodiac that tells us something important about that sign’s character.

As the first sign of the zodiac, Aries rules the first house, which is the house of the self, beginnings, and identity.

This tells us that Aries men can be very egocentric. They see the world only from their point of view and have a hard time putting themselves in others’ shoes.

His opinions are firm and it’s nearly impossible for anyone to change his mind once he has made an informed decision.

It’s difficult to make him look at a situation from another person’s perspective because he is so self-assured and set in his ways.

Because he is so self-involved, an Aries man always needs to be right. This complicates things because, as much as he hates to admit it, sometimes he is wrong.

He loves winning arguments and being right so much that he will often start friendly debates for no reason other than to prove his point.

If you ever get in a disagreement with an Aries man or upset him, you will have to say you’re sorry and concede to him if you want him to move on.

What an Aries man wants to hear after an argument is a sincere apology and an admission that he is right.

One of the trademark characteristics of an Aries man is selfishness. There is no denying that the first sign of the zodiac always puts himself first.

His needs and desires will always come before anyone else’s, and it’s very hard for him to compromise. This can be frustrating for those around him who need him to be more sensitive or considerate.

While selfishness is certainly one of an Aries man’s most negative qualities, it’s somewhat balanced out by his independence.

Because he looks out for himself, he expects everyone else to be as selfish as he is. He doesn’t think anyone else should take care of him and he can handle his own business.