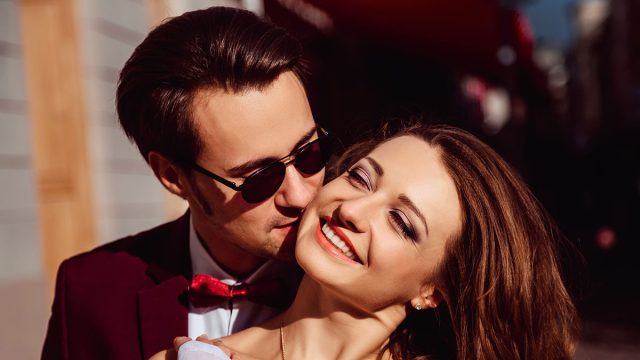 An Aries man and Capricorn woman compatibility will rank low. This couple does not have much common ground.

They can tolerate each other in some relationships, but this is not an ideal relationship for romance and marriage.

An Aries man and Capricorn woman can be cordial to each other in some social settings. Yet this is not an ideal match for either partner. This pair is not likely to meet each other’s needs easily.

Those born under the Aries sign can be determined, assertive, confident and ambitious. A Capricorn woman can be focused on success as well, but her style is different.

She is patient, cautious and slow moving. An Aries man is more passionate and impulsive. Aries traits will clash with a Capricorn woman’s personality. They won’t easily maintain a serious relationship.

Aries compatibility is best with those who are outgoing, passionate, daring and decisive. Aries men are impulsive and youthful. They can seem to remain childlike regardless of age. A Capricorn woman has an old soul. She is usually mature beyond her years.

Hers is also the sign of responsibility, maturity and self-discipline. His is the sign of initiation, courage and confidence. He is a risk taker, she is highly cautious.

If they are connected through mutual friends, they may be able to tolerate or even momentarily fascinate each other. They probably won’t find as much cohesion in a friendship unless they have a specific shared mission.

If they are work friends, they may be able to share their ambitions and empower each other’s goals. As long as they aren’t competing with each other, they can form a solid friendship at work. But when it comes to more personal relationships, they will be likely to clash.

The only consistent thing this pair has in common is their drive to succeed. But even then, an Aries man is like the hare who races to the finish line. A Capricorn woman is the tortoise who ambles slowly toward success. He will become frustrated by her slow, methodical and tedious pace. She will see him as reckless and careless.

Neither one will have much tolerance for the other’s unique style and personality. Both are adamant that their way is the best way. They may try to change each other but this usually doesn’t work.

He is a risk taker, and even when his careless nature leads to success, a Capricorn woman still won’t fully trust him. She will see him as unpredictable and out of control. Security is important to her and she will not easily feel secure with an Aries friend who acts on impulse.

An Aries man can learn all about a Capricorn woman, but when it comes time to having a relationship with one, he’ll fall short. Because Aries men love a challenge, he may be tempted to pursue a Capricorn woman. Yet this can lead to power struggles and frustrations.

An Aries man may underestimate how different a Capricorn woman’s personality is from his own. He may expect her to respond to his passion and dramatic style. Instead, she will be turned off or see him as bossy or dominating. It is difficult for these two to get along and remain in a solid relationship.

He may expect her to be charmed by his willingness to take risks on her behalf. She will instead find this annoying. An Aries man will want to seduce a Capricorn woman by showing his passionate side and will want to move quickly in the relationship. He will see her reluctance as a challenge and won’t easily hear her point of view.

An Aries man and Capricorn woman pros and cons need to be weighed carefully. When this couple tries to date each other, an Aries man can find a Capricorn woman’s confidence and business or career ambition to be attractive. Yet they both have a lot of work to do in order to be able to enjoy each other’s company.

The best description of a Capricorn woman is that she is like a business CEO. She has a no-nonsense attitude and is clear, practical and determined to succeed.

An Aries man is more like a warrior. He is passionate, energetic and loves to prove himself. He doesn’t easily compromise and neither does a Capricorn woman. Both want to be in charge.

If these two can align their energy to pursue a common mission, they can be successful. But if their only common goal is to foster a romantic relationship, each may become distracted by each other’s differences.

She may become critical of him. He may try to push her to be more like him. These two will end up frustrating each other without intending to.

A Capricorn woman’s best match in marriage can be a man who is stable, reliable and predictable. An Aries man is none of these things. If he manages to be consistent and calm, it is only for a short period of time. Usually, he finds it stifling to try to contain his intense emotions.

Although an Aries man can rush into a relationship, acting impulsively and throwing caution to the wind, he won’t rush into marriage. This suits a Capricorn woman who also doesn’t want to rush into a marital relationship. By the time this pair is even considering marriage, both are ready to take their vows seriously.

If this couple is truly ready for marriage, they will both have a way of aligning their interests and ensuring success as they pursue their shared goals. She can learn to keep him anchored and grounded. Though he doesn’t like being stifled, he will come to appreciate her strong boundaries and limitations.

A Capricorn woman who is truly in love with an Aries man will find him baffling, but she is practical enough to know that at some point she can accept him for who he is. She may use her patience and steadfastness to deal with his erratic moods and childish tendencies. They can learn to balance each other’s personalities.

Yet this is not a relationship for the faint of heart. Finding common ground takes much effort and consistent determination on both of their parts. A Capricorn woman won’t easily adapt to change and an Aries man won’t easily accept another’s perspective.

Aries and Capricorn sexually repel each other. They may find each other attractive on a surface level, but they don’t easily fulfill each other’s needs in bed. Neither an Aries man nor a Capricorn woman will easily match each other’s sexual energy.

An Aries man is intense and loves sexual encounters that are dynamic, acrobatic and athletic. Capricorn women will view this as a tremendous waste of energy. She won’t want to delve into all the dramatic and unusual techniques that an Aries man wants to try. She is not interested in experimenting in bed.

An Aries man needs a change of pace and a change of scenery. A Capricorn woman sees no need to reinvent the wheel. She usually prefers sticking with routines and doesn’t vary much from her favorite sexual techniques and positions.

Her cautious nature and his need for drama and excitement will lead this pair to clash repeatedly in the bedroom. An Aries man will usually become bored with a Capricorn woman in bed. If a Capricorn woman and Aries man break up, they will likely both try to get back together again even if they are on and off for a long time.

During this time, sexual chemistry is not likely to ease the relationship. If anything, it is likely to be one more point of contention for this couple. They don’t know how to meet each other halfway in the bedroom. He will seem demanding and aggressive whereas she will seem to moderate and tradition.