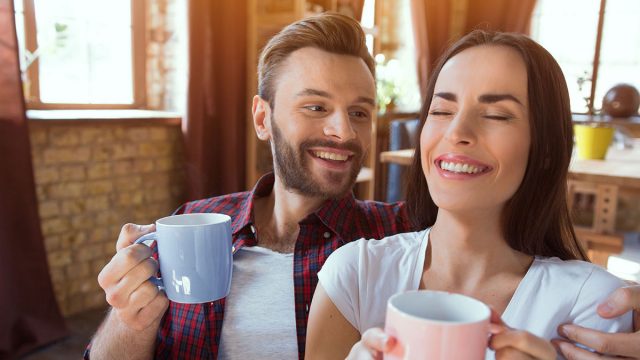 Aries and Leo’s compatibility tends to be high! These two will have some hiccups in their relationship, but their attraction to one another is undeniable.

The relationship between Aries and Leo is incredibly passionate. These two can challenge one another in ways others can’t.

Aries and Leo won’t always have a gentle relationship, but they don’t need to. These two are looking for passionate partners! They want someone who can keep them on their toes.

These two can be stubborn, but that can work in their favor. If Aries and Leo genuinely love each other and want to be together, they will do what it takes to make their relationship work.

There is a challenging side to this relationship, though. Aries and Leo have to be careful not to compete with each other too much.

An Aries-Leo friendship can be complicated at times. These two can become best friends, but that doesn’t always mean their friendship will last!

Aries and Leo usually challenge one another when they are friends. When these two have a lot in common, they might compete against each other.

Leo and Aries tend to be drawn to one another, but not always in a good way. Sometimes, these two aren’t interested in friendship. They are interested in competition.

Having shared interests might seem like a good thing at first. Aries will be glad to have someone to go to the gym with them. Leo will be happy to have a friend who can keep up with their high energy levels!

Aries wants to be the best at everything, though, and Leo wants all eyes on them. If either feels like the other is better than them, things can turn sour quickly.

If Aries and Leo want to be friends, they must learn to calm down and keep their competition friendly. When one wins, the other should be happy for them instead of constantly feeling angry or disappointed.

These two can have a lot of fun together. Their friendship can be incredibly enjoyable for both signs if they allow it to be.

Aries and Leo might enjoy doing sports together, going on adventures, or trying new things. Both are the type to jump right in when presented with a new opportunity.

This friendship can be intense at times. Sometimes, Aries and Leo feel an instant connection with one another. If they aren’t competing, they will have a lot of fun just running around together.

A friendship between these two isn’t always meant to last, though. Aries and Leo aren’t always good at keeping up with people. They might drift apart just because neither puts effort into the friendship.

These two will also end their friendship if their competition becomes overly aggressive and unfriendly. If they can’t share in one another’s victories, they will likely just push each other away.

Aries-Leo relationships tend to be passionate and intense, but that fire can go out just as quickly as it started.

Aries-Leo couples usually have high compatibility with one another. This is a couple that is instantly attracted to one another. These signs might take a while to find someone to commit to. Once they do, however, they are all in.

Leo and Aries can be impulsive at times. These two aren’t necessarily into grand romantic gestures, but they are the type to quickly move in together if they think their relationship is going well.

Leo’s compatibility is higher with partners who understand their need for freedom and attention. Leos want to be free to do as they please, but they aren’t loners. They love being around people!

Aries’ compatibility is also higher with partners who respect their independence and freedom. Aries is a busy person who needs a partner who understands that they won’t be with them 24/7.

Leo’s need for attention can sometimes be an issue in this relationship. Leo is a charming and magnetic sign. If their Aries partner doesn’t give them the attention they want, they will have no trouble getting it elsewhere.

Unfortunately, Aries has a jealous side. They can become highly possessive of their partners. Leo won’t necessarily cheat on Aries if they aren’t paying attention to them, but they might flirt with others enough to make Aries jealous.

These two must develop trust if they want their relationship to work long-term. They also have to focus on each other more instead of always focusing on themselves.

Aries may need to give Leo more attention, control their jealousy, and be understanding when Leo gets attention elsewhere. Leo needs to be mindful of Aries’ feelings and tone down the flirting a little.

Leo and Aries are both passionate people with strong personalities. They will fight sometimes. If they genuinely care about each other, they will quickly get over those fights and go back to having fun together.

Aries and Leo’s marriage compatibility tends to be pretty high. However, these two have to be careful not to jump into marriage too quickly.

Aries can sometimes be afraid of commitment, and Leo isn’t always in a rush to get married. When these two think they’ve found the right person in each other, though, they might see no point in waiting to get married.

An Aries man and Leo woman’s compatibility will be higher when these two can control their egos and possessive sides.

Aries men and Leo women can both be possessive of their partners. They can also both be a little too cocky for their own good! These two need to learn how to focus on someone other than themselves to have a good marriage.

A Leo man and Aries woman’s compatibility will be higher when neither tries to dominate or control the other.

Leo men can be incredibly dominant in relationships, but so can Aries women. These two might always have a bit of power play in their relationship, but they need to ensure that it’s loving and fun rather than controlling.

Some of the things Leo and Aries enjoy about this relationship can get tiring after a while.

As they spend more time together, they might find that their passion for each other has faded. When this happens, the marriage will likely end.

Leo sometimes likes when Aries gets possessive over them. They love the attention! They don’t love it when Aries is controlling or aggressive, though. Leo does not like being told what to do.

Aries loves how independent and self-sufficient Leo is, but they will quickly become angry when Leo flirts with others or starts paying attention to someone other than Aries.

This marriage can work. However, Leo and Aries need to take their time getting to know one another first. They can’t let infatuation make them too reckless.

This marriage might not always last. Even if it ends, Aries and Leo will likely learn enough to make their next relationship more successful.

Aries and Leo tend to be powerfully attracted to one another. A pair of Leo and Aries friends might end up in the bedroom together at least once just because of the pull they feel toward one another.

Aries’ sexuality is all about passion. Aries is a physical, action-oriented sign. They enjoy being physically close to their partner.

Leo’s sexuality is passionate and dramatic. Leo’s strong personality shows in the bedroom just like anywhere else!

Any sex between Aries and Leo will be incredibly energetic. These are both signs that tend to have high libidos. They love sex, whether they have it with a long-term partner or a friend with benefits.

Sex between these two will be passionate and intense. These two have no problem expressing themselves to one another because they know the other isn’t expecting an intense emotional bond in the bedroom.

They are both fine focusing on the physical part of sex. Emotion will be involved, but Leo and Aries don’t need the gentle, tender emotion that signs like Cancer or Pisces do.

Leos tend to be creative in the bedroom. They like to try new things, and they have no trouble coming up with something to do with their partner.

Aries might like trying new things but prefer doing things on their terms. Luckily, Leo will also be eager to try anything Aries suggests to them.

These two can potentially have a great sex life, but it won’t always be perfect. Leo wants to please their partner, but they can sometimes be self-centered. Aries can also be in too much of a rush.

Ego is a huge issue in this sexual relationship. If either Aries or Leo lets their ego get the best of them, they can ruin the potential these two have in the bedroom.

Both signs need to focus on one another. They need to build each other’s confidence and work together. Their sex life has the potential to be amazing, and they should try their best not to sabotage that potential.