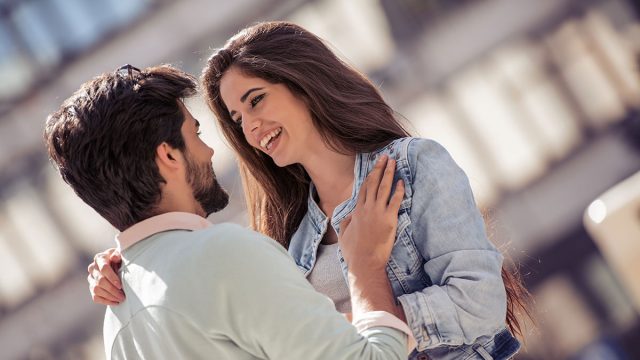 Aquarius-Pisces compatibility isn’t the highest. These two often find it difficult to understand one another, though they are more similar than they think.

This relationship isn’t impossible, though. Aquarius and Pisces can learn much from one another if they allow themselves to come together.

Aquarius and Pisces have an interesting relationship. They do have many things in common, but they don’t always realize that! To them, they couldn’t be more different.

Pisces is sensitive and emotional. Aquarius is intellectual and emotionally aloof. Both of these signs are dreamers, though. Aquarians rebel because they want to build a better world. Pisceans lose themselves in fantasy for the same reason.

These two can find a way to maintain a relationship if they want to. Some aspects of a relationship might be challenging, but they are not impossible.

The Aquarius-Pisces friendship can be a difficult one. These two signs tend to be very different, and it can be difficult for them to find the similarities they do have.

They do have many similarities, though! They just have to get in the same place and realize the similarities.

While these two aren’t necessarily compatible, Pisces is a sign that can get along with nearly anyone. If Pisces wants to be friends with Aquarius, they will go out of their way to try and befriend them.

These two typically become friends if they are in the same friend group or working together. They might not always approach one another unless they are put in the same place.

Aquarius might not always understand Pisces, but they can respect them. Their personality is wildly different than Aquarius’, but they may also find that intriguing as they get to know Pisces better.

Pisces and Aquarius can work well together. Both of these signs are incredibly creative. Aquarius is innovative, and Pisces has a wild imagination. They can think of solutions to problems nobody else would ever consider.

Loyalty can be an issue in this friendship, though. Pisces will drop anything for a friend in need. Even if someone just needs to talk, they will gladly listen to them.

Aquarius will help when someone is genuinely in need, but they won’t always be there for minor things. They might not always pick up a call or return a text.

Pisces may eventually feel like they are giving more than they receive, even if Aquarius thinks they are a good friend. They just have different ideas of loyalty.

These two can form a bond. It just might take a while. Once that bond forms, though, it is likely to be for life.

Despite their issues, this friendship is likely to last a while. Pisces will make a point of keeping up with Aquarius, even if Aquarius disappears sometimes. They won’t give up on their bond once it forms.

Are Aquarius and Pisces soulmates? These two can develop a strong bond, but it won’t always be easy.

Aquarius and Pisces’ relationship can be complicated at times. Trust is one thing that may be difficult for both of them.

Trust is hit or miss with both of these signs. Aquarius is incredibly honest, but it can also be difficult for others to trust them because of their emotional detachment. Most of the time, they aren’t lying, but it can be challenging for others to see that.

Aquarius is rebellious and free-spirited, and that can also make trust more challenging. Pisces often needs a lot of reassurance in a relationship, and Aquarius might not always know how to give them that.

However, Aquarius isn’t always the issue regarding trust in this relationship. Pisces can sometimes be careless and unreliable. Aquarius can tolerate a lot, but they will still be upset if they were relying on Pisces for something and Pisces didn’t follow through.

An Aquarius and Pisces couple can build trust over time, though. Aquarius should open up to Pisces and allow themselves to be more vulnerable. When Pisces needs reassurance, they should take that seriously and offer it.

Pisces will be a loyal partner most of the time. They should be more mindful of the things that are important to Aquarius. If Aquarius needs them to be on time for something or to meet a deadline, they should do their best to follow through.

Emotional intimacy can sometimes be a challenge in this relationship. Pisces is all about emotions. They wear their hearts on their sleeves and let their emotions cloud their judgment.

In contrast, Aquarius is highly aloof. They think with their heads, not their hearts. They will likely become frustrated by how moody and sometimes irrational Pisces can be.

If these two want their relationship to work, they must learn to accept their differences while trying to find common ground. Aquarius could be more emotional, and Pisces could be more rational sometimes.

Aquarius and Pisces’ marriage compatibility isn’t always high. While these two can sometimes make a friendship or a short-term relationship work, marriage isn’t always in the cards.

An Aquarius man and a Pisces woman’s compatibility will be higher when Aquarius can show his soft side to his Pisces wife. He needs to open up to her and voice his love for her aloud as often as possible.

Pisces women sometimes get insecure about their marriages. If their partners don’t spend enough time with them or tell them they love them enough, Pisces may start to doubt the relationship.

A Pisces man and Aquarius woman’s compatibility will be higher when Pisces can accept his wife’s free-spirited nature.

Aquarius women can be chaotic and unpredictable. They become restless if things stay the same for too long. If Pisces and Aquarius want a good marriage, they must mix things up.

Luckily, Pisces is open to change! Pisces enjoys trying new things, especially when they can do so with someone they love.

Pisces will love it when Aquarius surprises them and makes romantic gestures. They still need to be realistic, though. Aquarius might not sweep them off their feet and make grand gestures constantly, but that doesn’t mean they don’t love Pisces.

Communication is essential if Pisces and Aquarius want this relationship to last.

Pisces needs to let Aquarius know when they feel insecure instead of expecting Aquarius to magically know. Aquarius needs to communicate their affections as often as possible.

This marriage will be challenging at times. If either of these signs is unwilling to compromise or make changes that will benefit their relationship, the marriage will go nowhere.

If Aquarius decides they are done, they will likely be upfront about it and end things. Pisces won’t always do that, though. They may escape into fantasy and pretend everything is okay even if they are unhappy.

Pisces sometimes needs to accept the end of that relationship. Nothing is perfect, and their fantasy world doesn’t exist. If the relationship needs to end for everyone to be happy, that is okay.

Aquarius and Pisces in bed together can be hit or miss as far as compatibility goes. Things will never be boring for these two, but that doesn’t always mean they’ll be on the same page.

Aquarius’ compatibility is higher with sexual partners who understand their independent and free-spirited nature. It’s essential to be on the same page as an Aquarian when you have a sexual relationship with them.

Aquarians don’t need to be in a relationship to have sex. They can also have relationships based entirely on sex. It’s essential to be clear about expectations before starting a sexual relationship with them.

Pisces’ compatibility is higher with sexual partners who understand their emotional side. Pisces is a romantic at heart. Even if they think they can have a purely sexual relationship, they sometimes end up falling in love.

Aquarius and Pisces’ sexual relationship can be fantastic, but emotions sometimes get in the way.

Aquarius and Pisces can likely find common ground regarding their sexual preferences. The physical part of sex will typically be easier for them because they both have wild sides.

Pisces has a lot of fantasies. They are creative, and they enjoy mixing things up during sex sometimes. They can also be people-pleasers, so they will likely be happy to try anything Aquarius suggests.

Aquarius appreciates Pisces’ creative side. However, emotional intimacy can be difficult for them. They will have difficulty opening up even if they love their Pisces partner.

Whatever the nature of the relationship between these two, emotions will likely become an issue in their sexual relationship. Eventually, Pisces will want emotional intimacy. They will want Aquarius to be vulnerable and open with them.

If Aquarius isn’t ready to give Pisces that intimacy, their sex life will become strained. The physical part might still be good, but that may not be enough to sustain the relationship.

When Aquarius doesn’t open up, one of two things will likely happen. Either Pisces will leave out of disappointment and heartbreak, or Aquarius will go because they feel overwhelmed by their Pisces partner’s attempts to make them open up.