What Happens When an Aquarius Man is Upset? 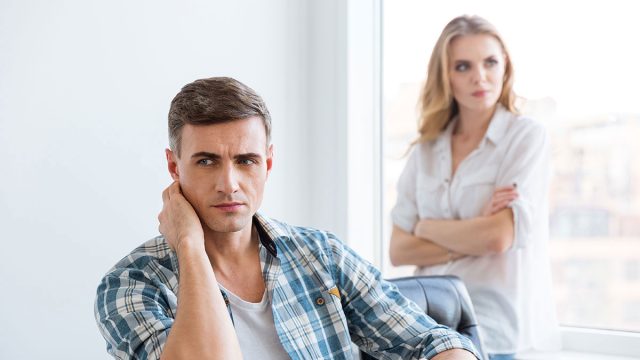 As you maintain a relationship with a water bearer, you will find out that some things can make your Aquarius man upset.

When this happens, there are different ways in which they can express themselves.

Generally, they are naturally inclined to forgive people who hurt them. However, some Aquarius when hurt enter a deep-thinking mode and wonder if they should call it quits on the relationship.

The typical reaction of an Aquarius man after a fight though, is to take a step back to think through things on their own.

Aquarius men don’t like being at odds with anybody, least of all their better half. But when they do, things get complicated. Knowing how to deal with an angry Aquarius man can help you make amends and win him back.

He May Become Cold and Aloof Towards You

When Aquarius man is angry, you will notice that he becomes quiet and distant. This is not necessarily because they want to end the relationship.

Mostly, it’s because they think it’s better to be alone rather than be in a failing relationship. The silent treatment is usually to test your willingness to win them back.

Like all other air signs, people in this Zodiac group don’t want negative emotions weighing them down. They will let various things pass before they really lose their cool over an issue.

It’s important not to purposely pick fights with your Aquarius man because it’s something that he won’t put up with in the long run.

Little things that upset your water bearer might keep playing at the back of their minds. Their tension and anger will keep building up until they decide to shut you out, both physically and emotionally.

An angry Aquarius man will put up a huge wall between themselves and anyone who managed to get on their nerves. If they are serious about you, they won’t break up at the first serious fight.

But they are likely to ghost you until they are over it.

Expect them to not answer your calls, respond to your texts, and possibly even block you on social media sites.

This is their way of venting out and letting the hurt feelings blow over. So, when an Aquarius man ignores you, try not to be confronted.

Let them make the most of their alone time. if you go hot on their heels when they are exceptionally cold towards you, things will not end well.

He May Spend More Time with Others

An Aquarius man cherishes all his relationships. If things are strained between their partner, they will divert their attention more towards other friends and family members.

Their thoughts and emotions are a strong driving force behind the way they act around their loved ones. This is one of the main reasons why they are perceived as complex human beings with quite a high degree of unpredictability.

If your Aquarius man is suddenly distant from you but still quite friendly with others, it may be because he is not so certain about the future anymore.

When an Aquarian withdraws themselves from someone, it’s a strong indication that they are seeking space to weigh all their options.

The important thing is that you must try to maintain your emotional relationship even when your Aquarius man is ignoring you.

During this time, they might ask you strange and weird questions, especially based around hypothetical situations involving the two of you.

Answer wisely – their mind is going 100 miles an hour. They are analyzing your inputs carefully and processing all that information to judge whether you both are compatible after all or not.

As they spend more time with others, your upset Aquarius man might choose to talk to them about the turmoil in your relationship.

If they have a really close friend you believe they might open up to, you can sneak up on them to get an idea of what’s really going on in your water bearer’s head.

Of course, it’s not a good idea to inform a third person about the lows of your relationship.

But then again, if you are sure your partner would have talked to a certain someone, they already know the story – or a part of it anyway. So, inquiring from them has more chances of doing you good than harm.

He May Spend More Time Doing Other Things

How do Aquarius act when mad?

If they don’t start hanging out with others more often, expect them to spend their time doing other things that they love and enjoy.

They might go cycling every now and then. Since they admire natural beauty, they may also go holidaying in the mountains.

If you make your Aquarius man upset, you will notice that they will devote more time to reading and photography.

The water bearer has a dynamic personality and doesn’t want to waste their time and energy on any drama. Focusing their energy on their hobbies and interests helps them with decision making.

All this while they be acting cold and distant towards you. So, don’t be surprised when they don’t invite you to their next outdoor excursion or party with friends.

Note that this doesn’t necessarily mean that they are trying to end the relationship without closure. They either need some time away from you or are testing whether you care enough about them to reach out first.

More often than not, it’s a combination of the two.

Therefore, make sure to stay in touch. A simple good morning message or ‘how are you doing’ can be sufficient to show that you are thinking about them.

If you don’t attempt to maintain the connection, an angry Aquarius man will naturally fade from the relationship.

Aquarians are often known to be radical individuals and this trait will become all the more powerful when they are distressed or disappointed.

Their tendency to strongly stick to a concept or ideology will resurface when there is emotional uncertainty in their relationship with their significant other.

Try to understand things from their perspective. If you speak or worse, rebuke him for his beliefs and interests, he may react very rudely.

He May Become Sharp and Cruel

There is little you can do to make an Aquarius man upset. If they are being sharp and cruel towards you, you must have really done something to get under their skin.

Aquarians are kind and soft-hearted individuals who would never try to hurt someone, particularly those whom they hold close to their heart.

But when they are really mad, they can become extremely harsh, sarcastic, and ruthless. You might get to see a completely different, or to be more precise, a heartless side of these otherwise humanitarian beings.

It’s like every emotion that was buried so far, emerges.

Be prepared to hear the coldest remarks or downright getting a ‘don’t contact me’ directive.

They want to get a reaction from you. You can choose not to respond. Sit back and don’t talk to him for a while. They know what to do.

If he’s interested, he’ll come back to his senses and be eager to give your relationship a second chance.

However, if an angry Aquarius man goes so far as to pick other women over you, that’s a surefire sign Aquarius man is over you.

He May Disappear from Your Life

You will receive an Aquarius man silent treatment when they are really annoyed or just have no words to express how upset they are.

Expect them to disappear as if they have fallen from the face of the earth.

They might block you from their social media accounts and are unlikely to respond to your calls and messages. But remember that the water bearer loves to play mind games. You must be ready to play along.

They will be reading your texts and watching and processing your every reaction to their actions – or rather, the lack thereof.

If they said, “we’re through,” they will really prove it. They might change their life on a whim like move to a new city for a completely fresh start.

But if they were really into you, they will be waiting for you to show your interest and reach out to them. No matter who serious your fight was, you can expect them to come back.

The key is to give your partner a reason to chase you. Some encouraging words or a hint that you are missing them will let them know there’s still a chance.

Remember that Aquarius men never go after what doesn’t want to be caught. And they will most certainly never cross an ocean for someone who wouldn’t even jump a puddle for them.

If you are wondering “will an Aquarius man come back after a fight?” the answer lies in whether you give them a reason to.

A heartbroken Aquarius man will still pursue you if the emotional attachment is strong. Just try not to be too pushy and bothersome.

Give them the space they need, and they’ll return when they have things sorted.