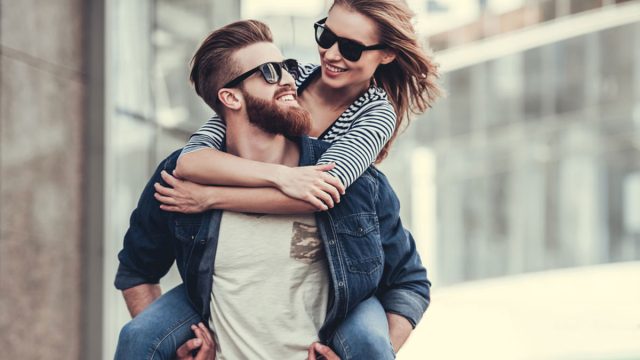 Are you wondering about Aquarius man characteristics and traits to see if you both have high compatibility?

An Aquarius man wants his relationship based on trust which makes him rather picky when it comes to trusting anyone as his partner.

Aquarius men are determined and have a strong personality. They know what they want and they most definitely go ahead and get it.

Since Aquarius men are difficult to read, it gets frustrating to figure out what they feel about you. Learning about their traits and characteristics might help in understanding your Aquarius man better.

He is a Revolutionary

One of the major traits of Aquarius male is that they are revolutionaries. They appear courteous and soft-spoken but there is a rebel hidden inside. Aquarius men are born thinkers and have the ability to visualize the future with clarity.

You should know that your Aquarius man stands for the greater good of humanity and is a supporter of revolution. Don’t be surprised when he comes up with “Eureka” moments. His head is filled with great ideas.

He has a total different outlook of life and would definitely not back down from challenging the status quo. Your Aquarius man will always come up with innovative ideas for the betterment of people around him.

It won’t be difficult for you to get swept away by his strong convictions. There will never be a dull moment with him. Give him your attention and be supportive, because Aquarius men want to share everything with their partners.

He is Fascinating and Brilliant

Your Aquarius man has a mind filled with fascinating ideas and concepts. This man is brilliant in many aspects and might be a major fan of science fiction. Expect to watch complex sci-fi movies or read sci-fi books.

One of the major signs an Aquarius man is interested in you is that he will not shy away from sharing his interests and ideas with you. Be prepared to have discussions with him about weird and crazy topics.

Your Aquarius man likes to have people around him who are intelligent and eccentric as he is. He is interested in alternative gatherings, online discussion forums and sci-fi conventions where he can talk about his intellectual obsessions.

He is an Anthropologist

The weirdest thing about Aquarius men is that they love humanity but dislike people!

Your Aquarius man is more in love with the idea of the best human potential and gets irritated with the continuous failure of individuals and society as they don’t live up to his ideals.

If you think your man doesn’t have a temper, you might want to look more into it. His snarky comments is his way of expressing his anger.

He likes to watch from the sidelines at a party or gathering instead of actively participating since he prefers to observe the nature and culture of humans and form judgments.

Signs an Aquarius man is falling for you include him showing off his witty nature to you, as well as discussing what he thinks about humans and their nature.

One of the many signs of an Aquarius man in love is his willingness to change for you. Indeed, it is a challenge for him to be in a relationship.

He has a certain image of his perfect woman and hardly any woman comes close in comparison. However once he has his eyes on you, he is willing to change himself.

However, your Aquarius man can also change suddenly. He can change his ideals and views without a notice. Don’t worry though. He is never dishonest or unethical. He doesn’t mean to betray or harm anyone.

Aquarius men have the ability to successfully maintain a long-term relationship. It might be difficult for them but if they really like you, they will make it work. Patience, on your part, is the key here.

Understanding an Aquarius man can be tricky. This man is often detached from the world around him. It is rather easy for him to distance himself from everyone, making it harder for others to reach to him.

This certainly doesn’t mean that he doesn’t want intimacy and human contact. He wants to feel loved and has plenty of love to give, but to the right person. He looks for true warmth and wants spontaneous engagement.

You can use your charismatic charm to attract the attention of an Aquarius man. It takes him a while to come out of his shell but once he is comfortable, he will discard his aloofness for you.

Why your Aquarius man might lie to you? Make sure he is always honest about his feelings for you.

His Heart is Pure

While the Aquarius personality can be complex, one sure fact is that their heart is completely pure. Once you have scratched the cool surface of your Aquarius man, you will find a caring and warm heart shining brightly at you.

Keep in mind though; he might not reveal this pure heart often. Your Aquarius man believes in true love. He might appear cynical and jaded but he still looks for a world that is filled with love and good deeds.

Your Aquarius man is kind and generous. However, he has been exhausted and disheartened by the huge gap between the ideals he has created in his mind and the injustice and cruelty in this world.

If he is shying away from interaction, it doesn’t mean he has an introverted nature. One the contrary, this man loves crowds but prefers to be an observer.

How Aquarius man shows love? By accepting you the way you are. They are extremely open-minded and embrace individuality.

Your Aquarius man is not judgmental. He will not judge anyone on the basis of their ethnicity, race, sexual orientation, lifestyle or anything else. In fact, they value uniqueness and distinctive personalities.

In his ideal world, individuals are free to be their own self and have the right to express themselves in ways they want. Aquarius men detest injustice, oppression, and bigotry. This is a surefire way of making him lose interest.

He Prefers The Road Less Travelled

Aquarius men are different. They are unlike any other individuals you might have met, which is what makes them so special. There is no easy way to define Aquarius men.

Your man is certainly not the one with a mob mentality. In fact, he rather goes in the opposite direction to where everyone else is going. He looks for the road less travelled and takes it.

He doesn’t do this merely for the sake of being different. He is actually intrigued with unoccupied spaces and the roads barely travelled.

An Aquarius man in love would want to take his partner with them on this special path. He wants to share his adventures with his special someone. Say yes to his adventures, not matter how weird they might sound.

While he might not be talkative especially around new people, he will not stop talking to you or making you feel special – that’s your Aquarius man expressing love for you. He is also sociable with the people he’s comfortable with.

Your Aquarius man also has plenty of friends, and is a great team player. They are less talkative than usual but they are extremely great listeners. If you have a problem, they will give you great advice.

Once you are in an Aquarius man’s circle, he will always make sure he is there for you. He hates seeing his loved ones sad or down. He will be there if you need to vent or talk about something.

If he is interested in you, he will want you to become his best friend first before he starts dating you.

It might not seem likely, but Aquarius men are extremely emotional. They are just good at masking their feelings and emotions better than any other zodiac sign.

If they seem distinct to you, it is not a sign of concern. It is highly possible that they are extremely emotional. When this happens, your Aquarius man starts distancing themselves from everyone as a way to cope.

Try to be patient and let him talk to you. When an Aquarius man is constantly interrogated, and feel like others are prying, he gets rather irritated. Therefore, it is best to leave them be.

Give him time to process his emotions. Let him know you are there for him when he is ready to talk. When they are ready, they will open up to you.

What attracts Aquarius men? The three main qualities – integrity, intellect and creativity. They look for people who posses these qualities. The same holds true for their family relationships. They won’t have close ties with people without these qualities.

They are picky about who they get close to because for them closeness equals vulnerability. This becomes a challenge for people who are interested in them.

However, once they have their tribe, they are extremely loyal to them. No matter what happens, your Aquarius man will stand by your side through thick and thin if he considers you as his friend.

Your Aquarius man will do everything within his power to be supportive and loving towards you once you have made it in his inner circle.