What is The Aquarius Man Texting Style? 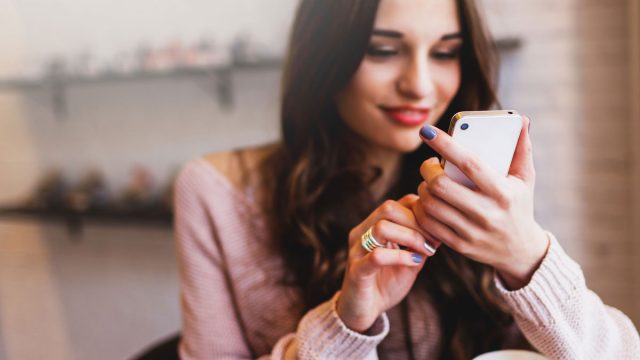 An Aquarius man’s texting style is often as unique as he is!

He might catch you off guard with a weird text. He may send you a long, thoughtful text when you need it most. It all depends on his mood.

Many Aquarius men are slow to reply but that doesn’t mean he’s ghosting you! He always replies eventually to his friends and other people he cares about. He’s a regular texter and he’ll get back to you when he can.

His replies might be long and rambling. They may be short and nonsensical. Other times, they’ll be well thought out.

Whatever his exact style, Aquarius men are always fun to talk to. They are funny, flirty, and they have an eccentric point of view. Every text conversation is sure to be unique.

Should you text an Aquarius man first? You should! He’s not always the best at initiating conversations.

Once you message him, don’t expect a quick reply. He is the type to not reply for days at a time but he will reply.

Aquarius men are slow to reply for many reasons. Some just don’t check their phones very often. Others have to be in the mood to have a text conversation or they’ll just ignore their messages.

Don’t be offended if he takes forever to reply. It often has nothing to do with you or how interested he is in you. That’s just the way he is.

When an Aquarius man ignores your text, he’s often not ignoring you. He’s probably just off doing something else. He’ll reply to you once he notices his phone again.

If you adjust your expectations when it comes to how quickly you receive replies, you’ll be much happier texting with an Aquarius man.

An Aquarius man’s text messages aren’t consistent in the sense that he replies regularly. Whatever his style is, though, it’s consistent no matter who he’s talking to.

If he’s the type to forget to reply for days at a time, you can trust that he does that with everyone. It’s not something specific to you.

If he sends you odd texts out of the blue, you aren’t the only one who gets to experience his random 3:00 am thoughts.

An Aquarius man who does reply quickly will reply quickly to everyone. Unless he’s upset with you, he’ll likely converse with you the same way he does with everyone else.

You’ll eventually figure out what to expect from an Aquarius man when it comes to texting. You’ll figure out his unique texting style as you get to know him.

Sometimes when an Aquarius man is not responding to your texts, it’s because he’s thinking up a thoughtful answer to something you said.

With some conversations, he can just say whatever first comes to mind. If you are talking about something serious or if you’re asking him for information or advice, he’ll take his time thinking of an appropriate response to you.

Aquarius men are deep thinkers. You might ask him a question that requires a lot of thought before answering. Maybe he’s not sure what his opinion is and he needs to do some research. Perhaps he just needs time to gather his thoughts.

If you reach out for advice or help, you can trust that his replies are always going to be well thought out. If he thinks it’s serious, he’ll carefully consider his reply before sending it off to you.

Some Aquarius men never initiate text conversations but once you send him a message, you can expect long, rambling replies.

Aquarius men have a lot of thoughts floating around in their minds. They often have complicated opinions about things and may not always be able to concisely explain themselves.

He might go off on tangents while you two are chatting. A story you tell will remind him of something that happened to him and he’ll chime in with a whole different story of his own.

You can expect both multiple texts in a row and novel-length single messages from an Aquarius man. He might feel the need to add additional information after sending the first couple of texts.

Aquarius men just have a lot to say. This ensures that conversations with him are never boring!

Texting an Aquarius man is always an interesting experience.

He’s a weird person. Aquarius is one of the more eccentric signs. Conversations with him can often go down unexpected routes, in person and text.

Aquarius men are the type of people who will text you asking off-the-wall questions. The things he says aren’t always going to make sense. He may seem like he’s living on another plane of existence entirely at times!

When he sends you a weird text, just go with it. Give a thoughtful reply to his strange “would you rather” question. Engage him in conversations about aliens, conspiracy theories, or whatever other odd topics he’s into.

Aquarius men love having strange conversations. If you’re willing to engage with him, he’ll have a great time chatting with you.

Aquarius men often have unique texting styles. This means something different for each individual Aquarius man.

The way he types might be unique. He may use odd abbreviations or slang. He might use unconventional spelling or syntax in his messages.

His texts will definitely stand out from the rest. The subject matter might be odd. His typing style may be different from the way other people type.

He may also have unique habits when it comes to texting. He might respond to things in odd ways or text at strange hours.

He’s not always reliable when it comes to replying promptly but an Aquarius man will text you regularly.

Aquarius men enjoy talking to their friends, family, and partners. He never wants to make you feel like he’s ignoring you. When he’s available to text, he’ll make sure he replies back to anything you’ve said to him in the last few days.

One of the signs that an Aquarius man is not into you is that he legitimately will not ever reply to you. Even if he takes a while, he tries to reply to all the texts he gets from people he cares about.

If you want to know how to tell if an Aquarius man likes you, him texting you first is a sure sign that he does. If he notices that you aren’t texting him when you normally do, he’ll reach out to make sure nothing is wrong.

If prompt responses are important to you and an Aquarius man knows that, he will make an effort to be better about replying quickly. He won’t always succeed at this but knows that he is trying!

Aquarius men like to flirt through text. Some Aquarius men are flirty with all their friends, others will reserve the flirtations for crushes and partners.

If you want to know how to turn on an Aquarius man through text, the best way is to flirt in a way that is a little unconventional.

He’s a weird person. If you’re flirting with him and you say some things that are just a bit odd, he’ll love it.

Expect that he is going to say weird things to you as well. He doesn’t flirt the same way everyone else does. If you two are sexting, he’s going to say some unexpected things that you wouldn’t necessarily think are sexy at first.

Whatever he says, know that he’s just trying to have a bit of fun!

Aquarius men are often hilarious people. Not everyone always understands their sense of humor, though.

If he says something really weird, he might be telling a joke. He knows his jokes don’t always land so he might give you some sort of overt indication in his text that he’s trying to be funny.

If you are able to understand his sense of humor, you’ll notice that he is always being funny and silly. Aquarius men don’t like to take life seriously all the time.

He knows there are times where he needs to be serious. If you two are talking about something important, he’s not going to suddenly throw in a joke and ruin the mood.

If you’re just chatting, though, expect a lot of jokes and silly statements. If he cares about you, he wants to make you smile! There is nothing an Aquarius man loves more than making somebody he loves laugh.

If you aren’t sure what to say to an Aquarius man while texting, share some interesting facts! You can also ask him to tell you about something you know he’s interested in.

Aquarius men are the type of people who will send you interesting articles they come across. He keeps up on world events and he’ll keep you in the loop on them.

He will also send random facts he comes across. If he thinks something is surprising or just cool, he’ll pass the information along to you.

Sharing information is one of the ways he shows that he’s thinking about you.