How to Get an Aquarius Man to Respond to Your Text 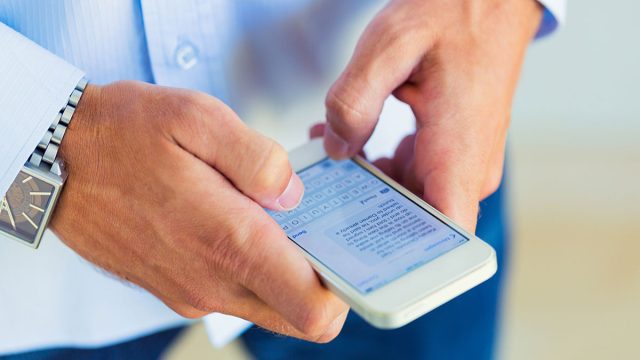 Are you constantly waiting around for that Aquarius man’s text response not knowing how to get at least some sort of response from him?

Not sure what type of texts you can send him in order to get his attention?

You’re not alone. The whole ordeal with Aquarius text messages can get very confusing and frustrating. You might feel like you are always trying something new to gain his attention.

Aquarius men don’t make things easy when it comes to communication via text. It leaves a lot of women wondering, “if an Aquarius man ignores me, does that mean he is testing me?” No, it doesn’t.

If he doesn’t bother replying, it isn’t the end of the world. Play it smart and think about what to text an Aquarius man.

Stop Texting Too Much

The way things work with Aquarius men is that they take time when they start to develop a relationship. The signs that Aquarius men are interested are not the most obvious ones but if he is interested, you will know.

You should know this that while he is trying to get to know you, it’s a good idea not to come on too strong. If you text him too often, he can lose interest in trying to know you better.

This will mean that the Aquarius man not texting back isn’t going to be an issue; he might just completely forget about the idea of being with you and look for someone else. Aquarius men don’t like being hounded constantly.

You should be subtle about the amount of times you text him and also be mindful of what to text an Aquarius man. Boring texts like what you’re having for lunch and just texting because you’re bored are big turnoffs.

Instead of trying to indicate that you are texting him just for the sake of entertaining yourself, your texts should be a little sparse. You should just text him if and when there is something substantial you want to say.

He would appreciate a text or two saying something like “Have a great day!” or “Hope you’re doing well” if you really want to let him know that you’ve been thinking of him. It conveys the message without seeming needy.

The thing about the Aquarius man text response is that it may or may not be minimal. They know how to keep themselves quite busy with everything they are doing. Don’t expect immediate responses. They might not reply at all.

Of course, the lack of response just seems like he is ignoring you. The fact is, they barely ever reply to text messages as it is. Aquarius men in love might make more of an effort to text back regularly.

Now, if he does not respond immediately or does not respond at all, it isn’t the end of the world. He might be busy and reply later or he can forget to text back. It happens often with Aquarius men.

Do not read too much into it and just write this off as nothing more than him spacing out. Stop texting too often and stop expecting immediate replies. You’ll feel much better once you realize it’s not a big deal.

Discover the secret desires of an Aquarius man. Watch this short video.

When You Do Text Him, Make It Interesting

Now that you understand that Aquarius text messages are going to be rare and that’s okay, you need to learn to be okay with that and then work a strategy to get at least some response from the Aquarius man.

If you want to know what to text an Aquarius man, think of the things that he finds interesting. There is always going to be something that will grab his attention and pull you towards him. What does he like?

Texting him about things he cannot stop talking about himself is one way to get an Aquarius man’s text response. Something that interests them can immediately trigger a stimulus. That’s what they look for in conversations most of the time.

If he is interested in watching plays or attending musical concerts, you might want to text him with a heads up about an upcoming show or gig and ask him about it. Ask him about the plays he has watched.

These kinds of questions over texts immediately light them up. While it may not necessarily mean that you are going to constantly go back and forth on texts now; you just might be able to get more responses than usual.

If you’re not at a point where you know about the things that he is interested in, simply ask him about it. Ask well-thought and interesting questions about what they like. You can always go for generic questions too.

This will be ideal to give you the information you need about the things he likes so that you know what to text an Aquarius man in the future to keep the conversations interesting and get proper from him.

Again, it is important not to text him too often. There is always the odd chance that he might not text back often but if he’s doing it regularly, he might just like you but don’t push your luck there.

If he doesn’t immediately text back, it does not mean that he doesn’t like you. He just might be too distracted to give you a proper response at the time. The Aquarius man might just get back to you later.

If you continuously text him because he has not been responding to your “interesting texts” he will consider this as a major red flag. He will back off and this is a sign an Aquarius man is not into you.

Flirt from Time to Time

What’s a better way of how to get an Aquarius man to miss you than making him miss being with you? There is absolutely nothing wrong with flirting with him in a playful and fun manner from time to time.

Depending on where the two of you stand, whether it is a relationship or if you are just in the works of figuring that out, a simple flirtatious text or two in the mix can go a very long way.

You see, one of the signs that an Aquarius man is interested is that he will respond in kind. They are not an uptight sign so you can expect their interest to increase if you’re willing to spice it up.

Saying things like “Morning handsome” or “Hey there, stud” will quite clearly convey that you desire him. If you’re not constantly texting him but send him a text or two like this on rare occasions, you can get him hooked.

Flirting with him in just the right amount might just be a good way of how to get an Aquarius man to miss you. Whenever you send a flirtatious text, be patient about his responses. He will get back shortly.

Oh and when he texts you back in kind, don’t always reply as soon as you can. Ignoring an Aquarius man back can arouse his intrigue a little more. After all, it’s not every day that they get ignored, right?

When you send him a flirtatious message, you have said what you wanted to say and he clearly gets the message. Just keep things simple for the both of you and leave it at that. There’s nothing more to consider.

When it comes to flirting, you should know that not a whole lot is too much for Aquarius. Aquarius men are pretty open to a lot of things and they’re physical people. Feel comfortable in texting him whatever you want.

You will be surprised at the kind of conversations you can have with an Aquarius man. The best part is, you can do this based on your comfort level without any pressure. They are fine with normal and flirtatious conversations.

Whether you are going for a very subtle approach or if you are upfront about it, the key thing to remember with your flirting endeavors with an Aquarius man is the fact that moderation is absolutely critical for your success.

Live Your Own Life

One of the most important ways of getting an Aquarius man’s text response is to make them miss you so much that they cannot resist. This means with the flirting, you need to do a little bit of something else.

Don’t worry, you won’t have to go above and beyond what you normally do in your life. In fact, this piece of advice is just to go on with your life like you regularly did even before he came along.

You already know that texting too often will make you seem clingy and it’s a big turn off for Aquarius men. This is why you should be out there living your own life and do your own thing more often.

You see, the more you are busy doing your own thing, the less you will feel the need to send him a text or two. The most you should do when you do get the time is send something flirtatious.

This will make him believe that you’re doing something you really enjoy and at the same time, you think about him every once in a while. It’s also a good way of how to make an Aquarius man miss you.

When it comes to getting an Aquarius man’s text response, keeping it light, fun, flirtatious and secondary to other aspects of your life goes a very long way. Things will become more interesting with all the things you know now.