Are Aquarius Men Submissive in a Relationship? 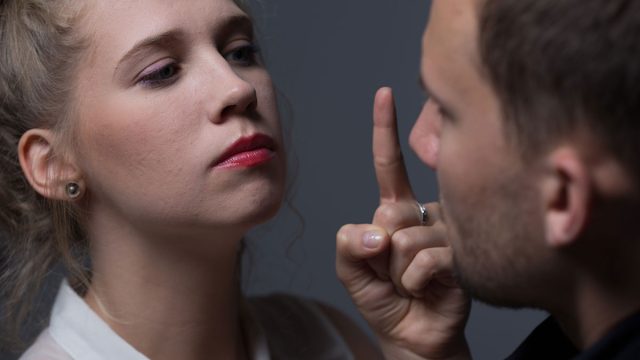 Are Aquarius men submissive in a relationship or not? This is a question that arises in many females’ minds before they start dating one.

However, it is important to know that there is no clear answer to this difficult question.

Are Aquarius dominant or submissive is a mystery and trying to understand them can be quite challenging. Aquarius men are independent and they certainly love their freedom.

When an Aquarius man is in love, he might not know exactly how to show it. As his sign is ruled by Saturn, you should know by now that your Aquarius man is likely to remain detached throughout the relationship.

Here is everything you need to know to learn how to read an Aquarius man and know if he is submissive or not:

An Aquarius Man is Destined to Take Charge

An Aquarius man is dominant in a manner that he likes to control the people around him while he pretends to not care about the things they do.

While it may seem like your man is above it all, his sign might turn out to be one of the most dominant male zodiac signs.

Everyone knows that if you don’t do what your Aquarius man wants you to, he is most likely to cut you out of his life and never give you a second chance.

Therefore, it might be best to do what he wants to keep him a happy man. Aquarius men can be quite unpredictable and often unpleasant when they get upset.

Therefore, if you want to learn how to keep an Aquarius man hooked, the best strategy is to let him be in charge of the relationship.

While Aquarius men don’t try to control their partners or possess them, they can come off as controlling most of the time. This is because they are strong-headed and they want things to be a certain way.

He may not seek to dominate you. He will simply want what he wants. Sometimes, he might even seem like a toddler throwing a tantrum.

If you believe you aren’t up for the challenge, it might be best to escape when you have the chance!

Controlling for the sake of having things in their desired order or doing things the way they want isn’t the same as trying to impress you or being possessive over you.

He wouldn’t care if you want to go somewhere alone or want to talk to other men. Aquarius men aren’t very keen about restrictions. Therefore, they wouldn’t want their partners to be under any.

However, when it comes to taking charge of the relationship, only one of you will be able to do it, and it will be your man!

He is Independent and Flighty

Wondering how to get an Aquarius man to chase you? Be as independent as he wants you and desires himself to be.

Oftentimes, Aquarius men remain detached during the start of a relationship. Their partners usually wonder if their man is even interested in them or not.

While the independency of an Aquarius man works well with an independent partner, it can cause a lot of problems and confusion for partners who prefer regular interaction and attention.

Aquarius men are so hell-bent on enjoying their personal freedom that they don’t care about possessing someone. As with every other zodiac sign, exceptions can always exist.

However, most of these men are very relaxed, independent and certainly not possessive. They prefer to have a relationship with a partner who is also more on the independent side.

So, by now you must know the answer to what attracts Aquarius men. It is simply an independent woman who doesn’t get jealous and respects the privacy of her man!

Aquarius men are not likely to work well with a lady who is somewhat jealous or possessive. As this trait would be completely opposite of what type of a man he is.

If you are wondering about your Aquarius man and compatibility issues with him, you should know that the most obvious reason might be his childish desire to be free at all times.

He loves his personal and alone time more than anything in the world. He isn’t likely to change his ways. On a more positive note, an Aquarius man is an exciting blend of deep thoughts and mischief.

If you are looking for sexiness, fun and mental stimulation in a single package, then he is the man for you. Broadminded, unpredictable and often very intellectual, an Aquarius man is a mystery waiting to be solved.

Aquarius men are often criticized for being distant and cold by partners who are more inclined towards sentiments and emotions and appreciated by individuals looking for an independent and bold partner.

He Likes to Take the Lead in a Relationship

One of the most common traits of an Aquarius man is their independent and headstrong attitude. Aquarius men like to take the lead in a relationship.

This doesn’t necessarily mean that your man wants to actively control, possess or dominate you. He simply has clear ideas about what he wants from a partner.

When he doesn’t see his desired attributes in a person, he tends to detach himself and sometimes, never look back.

Their desire to lead in a relationship can often reflect on their behavior. They want precisely what they want. This can often make your man come off as childish, immature and sometimes even stubborn.

When it comes to determining which zodiac signs are dominant in bed, Aquarius men might be at the top of the list.

An Aquarius man in bed doesn’t like to follow the same patterns over and over again. Instead he wants his woman to try new things with him.

You will have to adapt diversity to please this man in the bedroom. He wants a partner who can teach him and have him explore kinkiest of things.

Aquarius men don’t want to listen to anyone, especially when it comes to the way they live their lives.

Even if a million people try to convince him that you are the perfect partner for him, he won’t listen if he doesn’t want to.

He likes his ways and if you are ready to become the submissive one in the relationship and let him enjoy his lead position, only then you both can enjoy a long-lasting bond!

He Likes to Have His Opinion Accepted – and Followed

An Aquarius man has very specific requirements when it comes to choosing a partner.

He wants his partner to be mysterious and sometimes even a little weird. In order to make him attracted to you, you need to become an enticing mystery.

He finds those women extremely attractive who are willing to and are capable of, connecting with him on a deeper level, and have conversations about important and serious issues.

If you become extremely sensitive and always nag him about his ways of living, he might bail on you. If you notice him watching and observing you, you can relax as this is a usual trait of their sign.

An Aquarius loves a knowledgeable and classy woman who is ideally driven as well as ethical. He will be more attracted to your unique interests and brain than your looks.

If you want this relationship to work, you need to be a friend to him. Instead of putting pressure on him, you need to relax too. They admire a chance to become someone’s friend rather than making any long-term commitments.

Remember, an Aquarius man is usually sure of what he wants. You need to be too. Reconsider your decisions and make a call that works best for the both of you!

He Will Get What He Wants

Aquarius men are very specific about what they want and they will do whatever they have to in order to achieve it. They might even entirely abandon the relationship!

Remember, an Aquarius man doesn’t trust easily. If he starts to confide in you, you should know that you are special. Because when he does so, he is going against his standard operating rules and nature.

Hence, you might experience some exceptions. However, as a general rule of thumb, the zodiac sign of your man should be more than enough to help you understand if you are compatible with each other.

He will always get he wants. So, the real question is, are you willing to submit to his needs? He prefers to call the shots in a relationship. He can even have a bit of a stubborn streak.

Aquarius men need plenty of space, and if you don’t give it to him, he will take it. Therefore, remember to always put yourself and your needs first.

Decide if you are willing to take the higher road and live happily by giving your man everything he wants from you and the relationship! If not, it might be time to reconsider your choices.