What does an Aquarius Man Do When He Likes You? 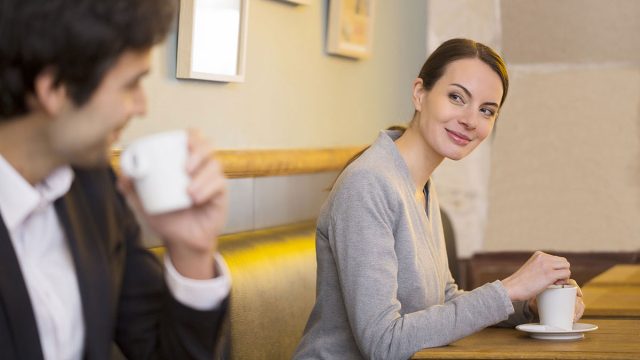 If you are dating an Aquarius man, you’ve probably found yourself sometimes wondering whether your Aquarius man likes you or not.

If he does, he’ll display a lot of signs and signals to let you know that he likes you.

From wanting you around him to testing you in odd ways, an Aquarius man is totally unconventional in his own unique ways.

When an Aquarius man has a crush on you, the chances of him saying it directly to your face are quite slim. While he might not say the words, he will definitely show it through his gestures.

Aquarius men are known to give mixed signals that can leave a woman really confused and puzzled. However, some signs of an Aquarius man in love aren’t that hard to read!

He Invites You Into His Personal Life

Aquarius men are generally very private, and they like to keep all their personal information to themselves. But if you feel that your man is opening up to you and letting you in, consider yourself lucky.

One of the most common signs Aquarius man is interested in you is him inviting you into his personal life. From sharing their aspirations, ambitions in life to telling you little secrets, he will let you in on many things.

He will also share intimate details of his life with you that he has probably never shared with anyone ever before. In doing so, he’s letting you know how special you are to him and what you mean to him.

If you get lucky, your Aquarius man might even invite you to his place to show you his collections or simply just to convey to you that he is very comfortable around you.

Gradually, he will start including you in every detail of his life because he’s so much in love and super excited to be able to share his private world with someone.

He Will Try To Flirt With You

If Aquarius man awkwardly throws you some super cute lines, know that he’s absolutely smitten with you! There’s nothing more adorable than Aquarius man expressing feelings by trying to flirt with you every now and then.

Aquarius men tend to be quite charming, playful, and sweet when they like someone, and they’ll do their best to flirt with their lady love.

Although it’s not an easy task for them, they will somehow find the courage to slip in a few cheesy lines while talking to you. If your man is trying so hard, know that he really, really likes you!

Do not take their shyness and awkwardness to mean something else; it’s just that Aquarius men are quite shy in the flirting department. And they expect you to understand where they are coming from.

A majority of Aquarius men are quite nerdy with a brilliant mind, but they’re a little behind when it comes to wooing a lady. So, if your man is making the moves, take the hint!

He Will Want To Explore Off-Beat And Weird Things With You!

As shy and nervous as an Aquarius man will be when he’s flirting with you, he’ll be the exact opposite when it comes to spending time and doing crazy things with you!

There’s a whole other side to his personality where’s he’ll be “out there” and will display a lot of extraordinary traits. He has a wide array of interests which he will want to materialize by exploring them together with you.

An Aquarius man expressing love to you by taking you on trips, excursions, and discovering off-beat things with you is one of their classic moves!

He Will Show You A Lot Of Affection In Private

Aquarius man doesn’t fancy public affection and has his own reservations about that. However, when you’ll are alone and in a private setting, he will shower you with so much love and affection!

Public expressions of love and fondness are a little too wild for his taste, but he’ll make sure to save all those for the times when you two are alone together.

You can expect him to look deep into your eyes full of love, give you a hug or two, and if you get too lucky or he’s bursting with love, he might even give you a kiss!

Privacy means to everything to them, and secret displays of affection are one of the many ‘Aquarius man falling in love’ signs.

He Will Want To Have Intellectual Conversations With You

These two things are his absolute forte, and they help stimulate his senses and allow his excitement levels to stay put.

A very common way for Aquarius man to show the woman that he loves her is by engaging her in intellectual discussions and conversations.

So, if your man talks to you about his visions, the future, his ideas for the world, and the current issues of the world, for instance, know that he loves your company and is perhaps falling for you!

Aquarius man loves such a woman who is opinionated, challenges him on different topics, and has a tendency to engage in healthy debate.

So, don’t hesitate to argue and speak up your mind on whatever topic or issue you like. Have an intellectual banter with the guy, and watch him fall head over heels in love with you!

He Will Really Listen To You

Listening to a person talk is one thing, but to also watch them intently and hang on to every word they speak is a whole other thing.

Aquarius man will actually, really listen to you and give importance to everything that you say. He will make you the subject of his affection by being all ears for you when you talk.

Even if you are rambling and ranting aimlessly, he will make sure to take in each and every word. And the best part? They will remember each and everything you say to them!

That’s the beauty of an Aquarius man; he won’t just listen, but also let you know that he was listening all along, not missing a single word.

This is one of the biggest signs an Aquarius man is falling for you and that you make his heart skip a beat and send butterflies in his tummy.

If you still aren’t convinced and want a surefire way to tell if likes you, notice how gives you his undivided attention and focuses on only you where you are in a crowd!

This is how an Aquarius man acts when he likes you, without caring about any soul in the world except you.

He Will Ask You Out On A Coffee Date

There will be times and days when Aquarius man will ask you out on a coffee date to keep it low-key and casual, but also to hint you that he’s into you.

If you’re wondering how to know if an Aquarius man is serious about you, say yes to that coffee date and find out for yourself! Although movie dates are more characteristic of Aquarius men, they like to start with coffee.

A coffee date sounds like the most ideal way for them to spend time with you, enjoy a great cup of coffee, of course, talk about each other and maybe throw in a hint or two somewhere in the middle!

They might be a little awkward and shy initially, but you need to ignore that and not make them feel conscious about their behavior.

For an Aquarius man, taking you out on a coffee date isn’t just about having fun with you, but also to have a one-on-one with you and get close to you. That is exactly how they want to kick-start things.

He Will Call You His Best Friend

One of the most beautiful and heart-warming ways of an Aquarius man expressing feelings is that he will first do his best to create a true, authentic, and real friendship bond between you and him.

Aquarius men have excellent friendship and camaraderie skills, and they will utilize those first before diving right into a romantic relationship with you.

Once he creates a special bond with you, gets comfortable enough, and creates feelings of trust and loyalty between the two of you, he’ll be ready to take the next step and move into a romance with you.

That’s how Aquarius man shows love and tries to achieve all the steps to slowly make his way to your heart. He’ll also call you his best friend to tell you about your special place in their life.

If you are still asking yourself the ultimate question, “how can I tell if an Aquarius man loves me?” look for the above signs and signals from your man, and you will get your answer!

Prepare yourself to be taken aback, though. The chances are that he’ll take you by utter shock and surprise by being just a friend one day and a lover the next day!