How do You Make an Aquarius Man Jealous? 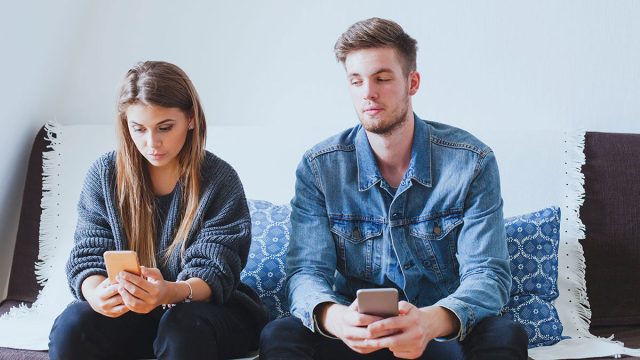 Making an Aquarius man jealous is quite an intricate art because the men under this zodiac sign are very hard to read.

They are complex kinds of men who don’t easily reveal their real nature and traits just like that.

Aquarius men do display a whole lot of emotions, but you’ll never know if that’s actually how they are feeling. For instance, there are times when he will ignore you even though he loves you so much.

When dating an Aquarius man, most women often end up wondering, “Does he ever get jealous?”

Jealousy isn’t really a direct part of their nature, and they won’t ever show it openly. However, there are many ways you can make your man obsessed with you, get their attention, and want you like crazy.

You know what Aquarius men hate the most among many things? Jealous women!

The water-bearer just can’t stand jealous women, especially when they are vocal and obvious about it through their words, actions, and behaviors.

If you are jealous of something, perhaps because he’s paying more attention to others or isn’t giving you enough time, play his own game with him.

Never display your jealousy or act clingy because that will, for sure, drive him away. Try to cap your jealous feelings and emotions in a bottle and focus on how to get him jealous.

The key here is to know how to keep an Aquarius man hooked by turning the tables, being cool, and never letting him know that you are feeling a little insecure or possessive.

These men absolutely love and value their independence, so if you try to take that away from them by acting all needy and clingy, it will put them off like never before.

However, depending on the kind of relationship you have with your man, you can always talk it out with him if you feel like it.

Let him know how you feel when you both are alone in private. The chances are that he’ll actually understand what you are saying and going through.

Be Social and Stand Out from the Crowd

Apart from mystery, Aquarius men absolutely dig spontaneity in a woman, especially when it’s coupled with change, versatility, and uniqueness.

If you really want your man to become obsessed with you, so much so that he starts feeling a little jealous when you don’t give him enough attention, you have to stand out from the crowd.

Be social, talk to people, and engage in conversation with others, particularly when your man is around you. At the same time, do things differently, such as get a haircut, for instance, change your overall look, or dye your hair!

To make your man jealous, you have to get him to understand, realize, and believe that you are the most unique, fascinating, and special kind of woman that he’ll ever find.

That realization will eventually quickly translate into him experiencing all those insecure, possessive kind of feelings for you.

But, while doing all this, you also have to reassure him that you are someone who understands him, knows how to read him, and can make him the happiest man on earth.

Pretend That He’s Not That Important

An interesting thing that’s also very to determine about Aquarius men is that even if they are desperately craving your attention, they will put up a great show and act like they don’t care at all.

Deep inside, though, they are longing for it like never before. This is like the perfect opportunity for you if you are wondering how to make an Aquarius man want you.

Once you figure out that he’s dying for some love and care from your side, pretend like he’s not that important! This will raise alarm bells all around him, and apart from being confused, he’ll be super jealous for sure.

Now that you have him all jealous and covetous, play around with him a little because that will end up with him giving you all of his attention! And isn’t that what you want after all?

This is called “reverse psychology,” and it works like magic with the men born under this zodiac sign. They won’t even realize what you are doing because they will be too busy figuring out what went wrong!

He might even sit you down and ask you directly if something’s wrong or if there’s anything that’s bothering you.

One of the many signs of an Aquarius man in love is that they care a lot and often get worried if they find something unusual about your behavior.

How Aquarius man shows love is very important to notice, especially in this case, because that will show you how jealous your man or how desperately he seeks your attention.

Be Psychologically Appealing to Him Indirectly

Sometimes, the solution lies in doing things that aren’t too obvious and those that don’t come to mind at the get-go. In this case, it’s making an Aquarius man jealous by using psychological techniques and appealing to his subconscious mind.

This involves not being with him physically, but mentally and emotionally. In other words, tapping on to his subconscious and conscious mind and leaving an ever-lasting impression.

This will make him crave and long for your presence like never before, and he might even lose his mind in the process of chasing you.

You do not necessarily have to be with him or around him to make him miss you or chase you.

If you want to learn how to make an Aquarius man miss you like crazy, try playing a few mind games with him and appeal to him in subtle and indirect manner.

For instance, spray your perfume all around his room when you leave from there so that when he comes back, the scent will immediately make him think of you.

You could do the same with one of his favorite shirts; every time he wears that shirt, he would instantly be reminded of you, and it will eventually take him down memory lane.

The idea here is to leave an impression with the help of a few subtle signs so that he begins to associate you with all those things.

While all of this might not necessarily evoke feelings of jealousy in your man, it will definitely make him want you and become crazy about you.

Aquarius men have quite a reputation for being unpredictable and erratic, as compared to the men of other zodiac signs.

So, even if you have a 4-year old relationship with your man, it is very much possible for him to lose interest over time and drift away from you, as shocking or unpredictable as that might be for you.

To prevent that from happening, you need to know how to make an Aquarius man chase you and be hooked to you by maintaining an air of mystery around you.

This won’t exactly generate overt feelings of jealousy from his end, but that veil of mystery will surely keep him intrigued enough to want to pay more attention to you, see you, talk to you, and be with you.

At this point, you also need to know how to read an Aquarius man, which, as everyone already knows, requires a great amount of skill. But that doesn’t mean it’s impossible.

If you notice your man hanging on to your words, looking forward to your dates or meetups, and seeking your attention, it’s one of the signs an Aquarius man is falling for you.

An Aquarius man is like a slave to mystery, so try to keep things mysterious and covert until he actually becomes curious and wants to more.

An important thing to know about Aquarius men is that they tend to lose interest far more quickly, so make sure not to give away everything at once in a single go.

For instance, if there’s some new gossip or some kind of unique information that you want to share with your man, maybe give him a teaser and wait for some time before telling him the complete news.

This will make him hang on to each and every word of yours and will keep his interest levels at their very peak.

You can tell him about this hobby or job of yours, but don’t give away all the details in one go; let him ask questions, wonder, and allow his curiosity to build till it becomes too much for him.

Aquarius men love it when their lady love acts all mysterious, and they might even start feeling a tad jealous along the way.

To be able to finally scream or yell in excitement, “My Aquarius man is jealous after all!” you must deal with him with caution and never be too obvious about your doings.

Subtlety is key here, and once you master the art of making him jealous, your man will be chasing you like never before!

How do Aquarius Men Play Hard to Get?How do You Get an Aquarius Man to Open Up?
Hello, I'm Liz