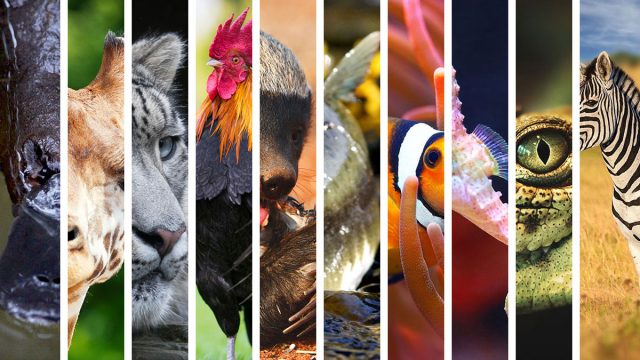 Aquarius animals tend to be just as varied and multi-faceted as Aquarius themselves.

This is a sign that doesn’t have an animal symbol, but there are plenty of spirit animal options! Some are sea creatures, tying in with Aquarius’ water bearer symbol, but not all.

What animals represent Aquarius? Aquarians are intelligent, eccentric, and unique. The animals that represent them might not seem like they “go” together, but that is due to the unpredictable nature of this sign.

Aquarius’ spirit animals are playful, wise, and sometimes quirky. They are unique in their own ways, just like Aquarius is.

Aquarius isn’t always a sign that’s easy to understand. They can be incredibly confusing at times! By looking at the traits of the animals that represent this sign, you can get better insight into the personality and life of an Aquarius. 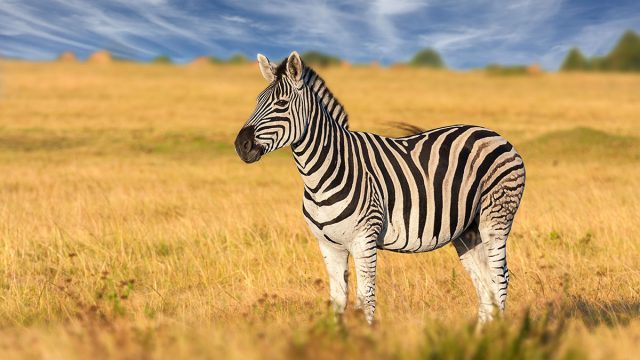 What is Aquarius’ spirit animal? One animal that represents this sign is the zebra.

Zebras are unique animals, just like Aquarius is a distinctive sign. This is an excellent Aquarius spirit animal because Aquarians stand out, just like the zebra stripes stand out to us!

Aquarius isn’t always trying to stand out in a crowd, though. They aren’t looking for attention, and neither is a zebra.

While a zebra’s stripes might stand out to us, they are great for keeping them safe. An Aquarius’ quirky and eccentric nature is also sometimes a defense mechanism.

Aquarius isn’t good about letting people in. They’d rather put on an aloof or wild mask, as that can keep people at a distance and protect them.

Bats have an odd way of guiding themselves through the world. They do not use their sight to navigate, as many others do. Instead, they use echolocation.

Echolocation is a unique process that involves figuring out where things are based on how sound waves bounce off objects. Bats are highly skilled and can “sense” prey or other bats from miles away due to this skill.

Aquarians also have a unique way of “seeing” the world. They don’t view things the way everyone else does. They solve problems creatively and use their senses in ways others do not. 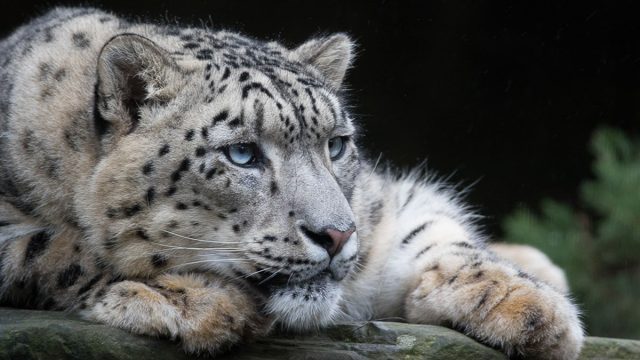 The snow leopard is one of the Aquarius man’s animals. They represent the self-reliant and solitary nature of an Aquarius man.

Snow leopards typically live by themselves rather than in large groups. They are some of the fiercest animals and are resilient enough to survive harsh, icy climates where no other animals live.

Aquarians are also resilient, and they tend to be loners. They are highly independent and don’t need others to be happy, even though they may enjoy being around close family and friends.

Aquarius can survive in harsh environments where others cannot. They control their emotions well and can keep a cool head even when others are freaking out. 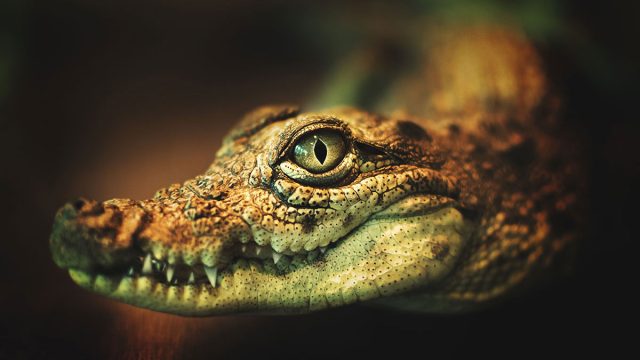 The crocodile represents the strength of an Aquarius. Independence and freedom are some Aquarius traits the crocodile embodies.

Crocodiles are powerful and self-reliant. They hunt alone, and their social groups typically aren’t necessary for their survival.

You’ll find a crocodile by itself more often than you’ll find it in a group. When they are together, crocodiles typically just lay around instead of doing anything to help each other.

Aquarius typically does not ask others for help. They like to be independent and rarely rely on others unless necessary. 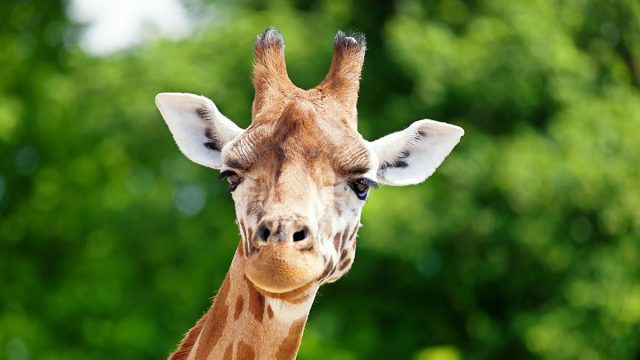 The giraffe represents the more social side of Aquarius. While this sign tends to be a loner, they are also perfectly capable of working in groups and can be very friendly!

Giraffes can also represent the Aquarian tendency to get lost in the clouds. Giraffes are tall and mighty creatures that reach higher than others, as Aquarians do.

The giraffe is generally a calm and docile creature. Aquarius can be rebellious and chaotic, but they have an aloof and laid-back side. Sometimes, they are delighted to go where the wind takes them.

You won’t always find an Aquarius alone. Like you’ll see giraffes together in groups, you’ll sometimes find Aquarius hanging out with their friends or working a crowd at an event. 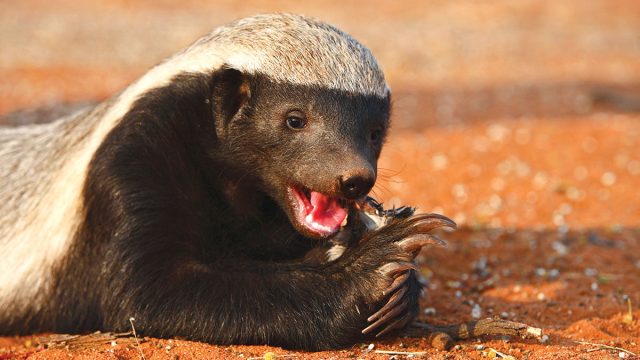 As a spirit animal, the honey badger represents versatility and a tendency to do whatever one wants. Honey badgers honestly do whatever they want, and so do Aquarians!

Honey badgers follow their instincts. Similarly, Aquarians follow wherever the wind takes them, and they march to the beat of their own drum. Aquarius is an incredibly rebellious sign, and you won’t find them doing whatever anyone tells them to.

The honey badger is also typically a solitary creature. You’ll usually find them roaming around alone rather than with other animals. Aquarius is similar. They can be social, but they are also highly independent and self-reliant. 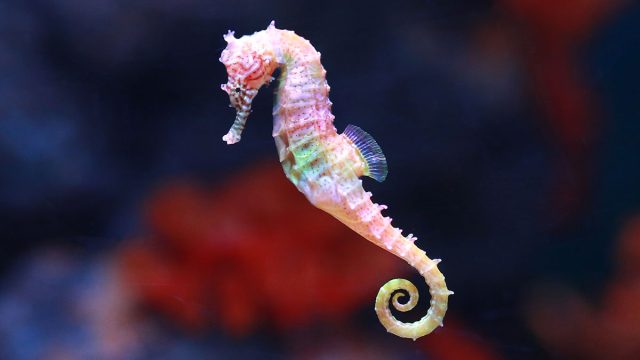 This is another creature that represents Aquarius partly due to its strange nature.

The seahorse gets its name because it looks like a horse and fish were blended. They are odd because they are the only animal where the male gives birth rather than the female.

Aquarians don’t do things the same way everyone else does. They don’t follow trends and don’t care to do something just because of “tradition.”

Many seahorses have beautiful, colorful appearances. Aquarius is also a colorful character, so you’ll never get bored around them! 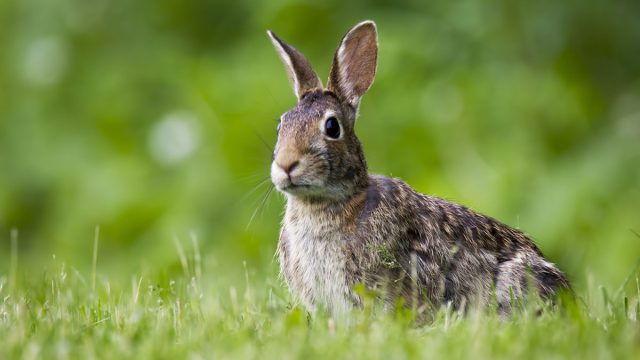 The rabbit represents a softer side of Aquarius. Just like rabbits run and hide when they sense danger, Aquarians tend to hide their emotions and authentic selves.

Aquarians tend to put up a mask. Some use their social and friendly nature to hide their true personalities. Others put on a calm and aloof demeanor. Many fall back on their quirky character as well.

Aquarius is only sometimes as confident as they seem. Sometimes, they detach from the world and want to hide away from it, the same way a rabbit will hide in its burrow. 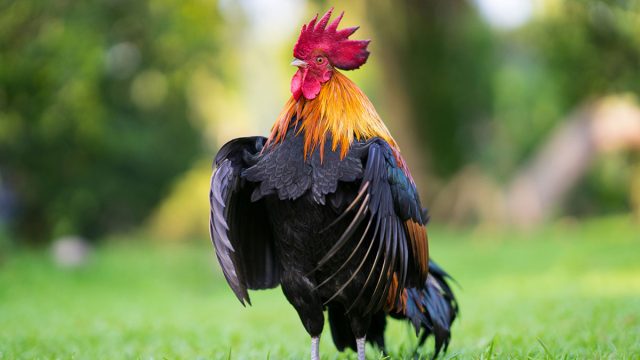 The rooster represents the side of Aquarius that can “awaken” others. Aquarians are humanitarians who are typically in tune with the needs of their communities and the world around them.

Just like a rooster’s crow wakes everyone up in the morning, Aquarius can enlighten others and show them issues they may not have seen otherwise.

Aquarius can show you the problems around you that get ignored, intentionally or not. They are typically the first to dive in on social issues and can get everyone else to wake up and join in. 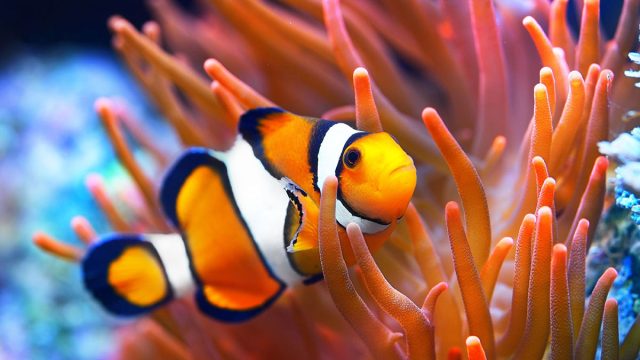 One Aquarius symbol is the clownfish. This spirit animal represents the intelligence of an Aquarius, as well as the part of them that hides from others.

Clownfish are great at avoiding predators because they hide within anemones, a creature that usually stings anything that comes near it.

Similarly, Aquarians also tend to hide away. They can be social sometimes but are emotionally distant and do not open up to others easily.

Many Aquarians hide behind an aloof mask. Some of them use their quirky and strange nature to cover up insecurity and fear.

It is difficult for predators to catch clownfish, and it is difficult getting to know an Aquarius. It can be done, but it takes a lot of effort. 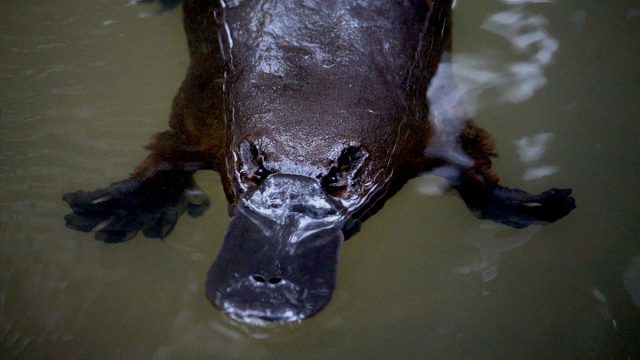 The platypus is one of the animals representing Aquarius partially because of how odd it is! This is the Aquarius woman’s animal, as she is strange, mysterious, and oddly charming.

The platypus is a mammal that lays eggs. It lives on land and in the water. They also have an odd way of feeding their young compared to other mammals, as they have no nipples.

Aquarians are also unique and often bizarre people. They are eccentric and unpredictable, just like the strange platypus.

The platypus is oddly charming, though. Many people find them adorable and are fascinated by how weird they are!

Similarly, others are drawn to Aquarians and charmed by them. They might be strange and hard to figure out, but that is part of what makes them so attractive. 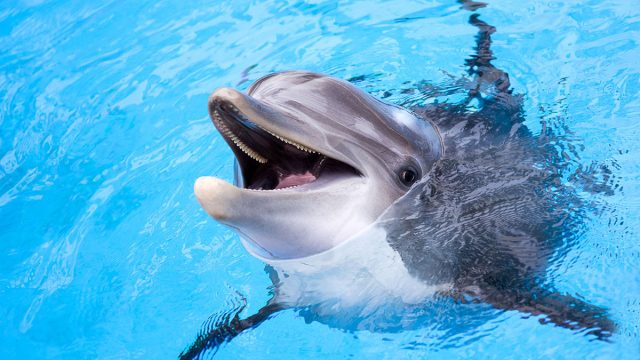 The dolphin is a curious and charismatic creature that embodies many Aquarius characteristics.

Dolphins are known for being intelligent. They are some of the most intelligent sea creatures, as they can solve problems and understand abstract concepts. Their intelligence is similar to humans in some ways!

Dolphins are also social creatures that can easily capture people’s attention. Aquarians have a similar charisma and have no problem making new friends and learning about new cultures.

Dolphins are wild and free like Aquarius is free-spirited and independent. They are self-reliant, but they also know when it’s best to get help from the group, and they aren’t always loners. 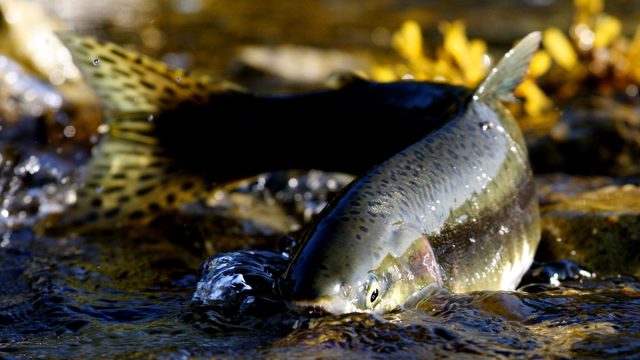 Unlike other fish, salmon swim upstream rather than down. They are an excellent representative for Aquarius because Aquarius marches to the beat of their own drum and also does not follow along with everyone else!

It isn’t easy to swim upstream, though. It can be treacherous, especially when the current is rapid and turbulent. It can also be different to follow a path that nobody else does.

Salmons always manage to fight their way through the water, though. Aquarians also get through life just fine with their rebellious and contradictory nature.