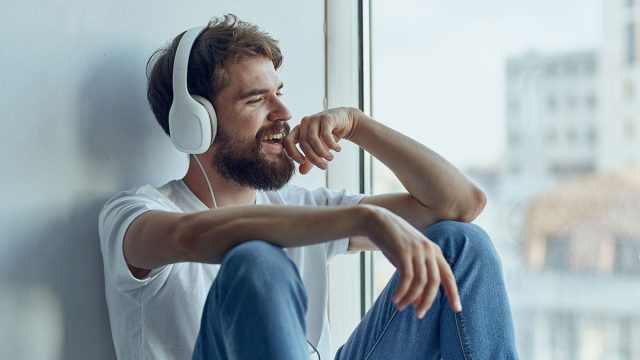 You might not know it, but April Taurus men and May Taurus men are two different breeds of Taurus.

They are both still born under the sign of Taurus but their personalities are slightly different due to when they were born.

A Taurus communication style is just one area that is different depending on which month he was born in.

April Taurus might have problems in a relationship because of how he argues, while May Taurus often has that more under control.

April Taurus is more influenced by Venus than May Taurus is. They are both still ruled by the planet of love. May Taurus is just also ruled by Mercury or Saturn.

May Taurus might seem like a Virgo or Capricorn at times, while April Taurus is a stereotypical Taurus.

These decans have a lot of impact on the exact personality of a Taurus. All Taurus men will share some of the same traits. They can be intensified or diminished based on whether Taurus was born in April or May, though.

Taurus is ruled by Venus and Venus has the strongest impact on April Taurus. This means that April Taurus men show more of the stereotypical Taurus straights.

They are indulgent, stubborn, and lavish. Those stereotypical “lazy” Taurus men you meet are probably more in April.

May Taurus men are also influenced by either Mercury (like Virgo) or Saturn (like Capricorn). Think of the traits that Virgo and Capricorn possess. A May Taurus will also have some of those same traits.

May Taurus men tend to be more structured than April Taurus men. They plan things more. They set goals and keep a schedule more often. These traits come from the influence of Mercury and Saturn.

April Taurus and May Taurus both enjoy pleasure. This is a typical Taurus trait. While every Taurus can be pleasure-seeking, the intensity of this trait varies.

A Taurus man’s attitude about indulgence and pleasure is different depending on which month he is born in.

April Taurus is the epitome of an indulgent Taurus. He never denies himself pleasure.

Overindulgence is a problem April Taurus can have. There is nothing wrong with self-care and with treating yourself but he can take it to the extreme!

He is the Taurus who ends up spending too much money because he’s indulging too much.

May Taurus is more disciplined. He loves some indulgence now and then but he knows that everything is best in moderation.

If he needs to save money, May Taurus will be able to cut out some of his indulgences. He’ll be able to say no to some of the things he wants if it means having more money for later.

May Taurus might set spending limits or schedule certain days in the month where he is free to indulge himself. He plans his self-care days and treats himself only when he is financially able to.

Bulls are aggressive creatures and there is a reason Taurus is represented by one!

Taurus has a mean temper. It doesn’t always come out but once something gets him angry, that anger can be explosive.

April Taurus is more likely to have that explosive temper. He has an air about him that says you shouldn’t mess with him. This can make being in a relationship with him difficult at times.

Nobody wants to feel like they’re walking on eggshells around somebody. April Taurus often needs to learn to get his temper under control. He needs to learn how to have arguments and disagreements without flying off the handle.

May Taurus has a better handle on his temper. When he argues with his partner, he’s more likely to walk away so he can calm down before he explodes.

May Taurus doesn’t get angry as easily as April Taurus. He is better able to just ignore things that upset him. He has a better handle on when he needs to take a step back from things.

This difference in aggression can show up in bed as well. April Taurus is a more aggressive, dominant lover. May Taurus is more lowkey and doesn’t mind letting his partner take control.

Taurus gets a reputation for being lazy. Honestly, some Taurus men are lazy but it’s sometimes more accurate to describe them as easygoing.

April Taurus is more easygoing than May Taurus is. If his plans get canceled or have to be pushed out, he can be flexible. He doesn’t let it phase him when things change at the last minute.

He’s fine with just sitting around sometimes and watching the world go by. He can be a hard worker but he’s absolutely fine with taking a break whenever he can. He likes to relax.

April Taurus is the one you’re going to find laying in the grass on a sunny day, letting time fly by while he relaxes and enjoys himself.

May Taurus, on the other hand, is more structured, similar to a Virgo or Capricorn. He might be less flexible when it comes to plans changing. He has an idea of how he wants his day to go and prefers it when he’s able to stick to his plan.

May Taurus is more likely to keep a tight schedule than April Taurus. He isn’t as rigid as Capricorn is, though.

He’s still able to sit back and relax. He just usually plans those relaxing moments instead of having them whenever he feels like it.

An April Taurus man’s personality is more in line with the stereotypical Taurus traits. This means that he is as “stubborn as a bull”.

Taurus is a fixed sign, like Leo, Scorpio, and Aquarius. All these signs have strong opinions about the world. They also have specific ways they like things and don’t appreciate it when others try to force them to change.

April Taurus can sometimes be so stubborn that he won’t listen to anybody at all. Even if he’s in the wrong, once he’s decided that he knows what’s going on, he’s not going to hear a word to the contrary.

If you live with him, you might have trouble getting April Taurus to switch up the decor or step back a little from managing the household. You’ll likely have plenty of arguments with him where he refuses to admit he’s wrong.

A May Taurus man’s personality can be less intense. While he can also be stubborn (he’s still a Taurus, after all!), it’s not always as intense as an April Taurus.

May Taurus is more adaptable. If you two argue, he’ll be more willing to hear your side. If you want to change things up, he’ll at least hear you out.

A Taurus man can be jealous and possessive when it comes to his partner. A Taurus man’s behavior when he’s jealous will be more or less intense depending on what month he was born in.

April Taurus is extremely possessive of his partner. He hates it when other men even think about flirting with them.

If he sees somebody eyeing his girlfriend or wife, he’s going to get jealous. It will be even worse if he thinks his partner is flirting with somebody else. He will often react with hurt and anger, even if nothing is actually going on.

May Taurus isn’t jealousy-free. He still doesn’t like it when he thinks somebody is trying to take his partner away from him. He still prefers it when his partner is paying attention to him and not somebody else.

However, he is more capable of keeping his emotions under control. He knows that his partner loves him and that she’s likely not actually flirting with somebody else if he thinks she is.

He’s able to take a breath and talk to her about how he feels instead of jumping to conclusions.

One of the key April Taurus/May Taurus differences can be seen in their spending habits.

April Taurus, as mentioned, indulges more often. He’s the one who wants to have the best house, the best car, the finest clothing, etc.

He won’t let his financial situation stop him from having what he wants. He’s the Taurus who might have a lot of credit card debt or be living beyond his means.

May Taurus is more economical. He’s better at saving money. He probably has a specific amount of money set aside each month for his indulgences and once that money runs out, he’s done.

May Taurus is easier to be in a relationship with if you also keep a tight budget.