How to Apologize to a Scorpio Man 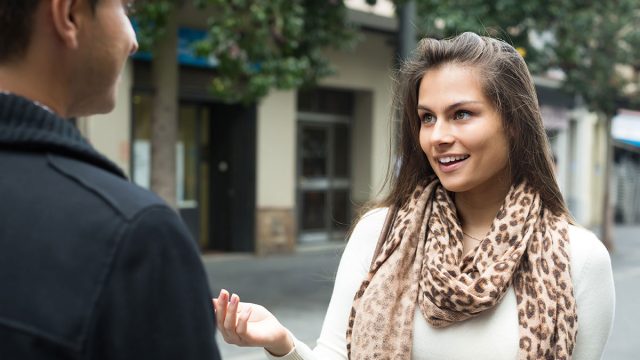 If you want to apologize to a Scorpio man following an argument or after you’ve done something to hurt him, you need to consider your words carefully.

Scorpio is somebody who requires an apology if you’ve done something to upset him. He won’t just get over it and forgive you all on his own.

He needs to hear that you’re sorry and that you’ll do better in the future.

Depending on the slight, you may have to apologize more than once. You’ll have to show him that you’re truly sorry.

You’ll have to change your behavior and work to not make the same mistake twice.

Scorpio keeps receipts. If you insult him and don’t apologize, he’s going to remember it.

What hurts a Scorpio the most is when somebody he loves betrays his trust. If you’ve done something to betray his trust, even in a minor way, he’s going to be extremely upset.

When a Scorpio man ignores you after an argument, it’s because he needs some space. He’s upset. While he’s giving you the silent treatment, reflect on why he might be upset.

Try to think about things from his perspective. If he did the same thing to you, how would you feel? If he said what you said to him in a moment of anger, would you also be upset?

If he suddenly seems angry with you and you can’t figure out why, you need to just be honest with him and let him know you have no idea why he’s upset.

That might make him more upset but you’ve got to know what you did to properly apologize.

A Scorpio man expressing feelings is a big deal. He feels deeply but he doesn’t always like to show it.

If he is showing you his feelings, acknowledge them. Don’t dismiss them or try to downplay how he feels.

If he tells you a certain comment hurt his feelings, don’t tell him it was “just a joke”. Even if you meant it as a joke, he didn’t think it was funny. You need to acknowledge that.

If he’s mad that you told your best friend some private details about him or your relationship, don’t tell him it’s not a big deal. It is a big deal to him!

Even if you think he’s being dramatic, you need to validate his emotions. He’s not looking for reasons to be upset with you. You upset him and telling him that his feelings aren’t valid is just going to make things worse.

The best way to get a Scorpio to forgive you is to accept responsibility for your actions and do everything you can to not make the same mistakes in the future.

This is important when apologizing to anyone, honestly. If you don’t accept responsibility for what you did or said, you’re likely to do it again in the future.

If you said something hurtful in the heat of the moment during an argument, don’t blame it on him. Even if you didn’t mean it or you said it out of frustration, you still need to accept responsibility.

It doesn’t matter if you didn’t know something you did would upset him. You still did it.

You two might need to discuss why it upset him and what you can do to avoid it in the future, but don’t try to blame his hurt feelings on him.

Don’t Try to Pacify Him

What do Scorpios hate the most in any apology? They hate insincere attempts to apologize to them.

He’ll know if you’re just saying what you think he wants to hear. He’ll be able to tell if you’re not really sorry.

Don’t just say things to him in an attempt to calm him down when he’s angry. That will just make things worse!

Don’t tell him to calm down, either. He’s going to do the exact opposite of calm down if you do that.

If you’re not sorry, you need to be honest about that. You two need to have a serious discussion. Apologizing just to apologize isn’t going to fix anything. He’ll know when you’re not being honest with him.

Learning how to apologize to a Scorpio properly can be difficult. He’ll pick up on any hesitance in your tone. He’ll read too much into your words and make up hidden meanings for them if you aren’t careful about what you say.

You don’t need to practice for hours if you’re apologizing for a minor slight or you’re trying to make up with him after a small argument. Just carefully think about what you’re going to say before you say it.

Be direct with your apology as well. Don’t beat around the bush. Be careful not to make it seem like you’re making excuses or placing blame on him for what you did.

Say that you understand why he’s upset, that his feelings are valid, and that you accept responsibility for your actions. Then say that you’re sorry and that you’ll do better in the future.

If you want to know how to fix things with a Scorpio man, the most important thing to know is that you need to be genuine in your apology.

never lie to a Scorpio. If you aren’t entirely sorry for what you did, he needs to know that. If you two had an argument and you think he needs to apologize as well, tell him.

Don’t make the apology about you either. Don’t guilt-trip him. If you genuinely feel bad, you can tell him that you feel bad. However, don’t say things like, “I’m sorry I’m such a bad person.” That’s not an apology.

Be honest with him. If there is a reason behind what you did, tell him that. It doesn’t excuse your actions but telling him why you did what you did might help him see things from your perspective.

The best way to deal with a Scorpio man ignoring you after you’ve upset him is to show him that you are truly sorry for what you did.

If you insulted him, show remorse by telling him the things you like about him. Try to make him forget those negative words by replacing them with positive affirmations.

If you did something major to upset him, you’ll need to do more than just compliment him. You need to show him that you feel bad but not in a way that makes him feel guilty.

Ask him what you can do to earn his forgiveness. Again, don’t make it about you. Don’t guilt him into forgiving you.

Do what you can to cheer him up. Give him a little gift, cook his favorite meal, or help him out with some chores. Spend time with him. Show him that you care.

Sometimes, both people are wrong in an argument. He might have also said some hurtful things to you. He may need to apologize as well.

Talk with him about what you two can do to avoid the same argument in the future.

If you did something to unknowingly upset him, discuss with him what you can do to change your behavior and what he can do to let you know that you’re close to crossing a line in the future.

If he’s upset because you’re still in contact with one of your exes, for example, you might need to compromise about that. His feelings are valid but you are also allowed to have friends.

If you failed to mention you were still friends with your ex, apologize for that and let him know you weren’t trying to be deceitful.

Let him know that he needs to accept the friendship but that you’ll be more open about it in the future.

The best way to win back the heart of a Scorpio man after a betrayal is to truly make it up to him. You’ll need to do more than just apologize to make him feel better.

Nothing says you’re sorry more than changed behavior. Be more careful about what you say to him in the future. Be mindful of his boundaries. Learn how to check in with him if you sense that he’s getting upset.

Gifts aren’t an apology by themselves but they never hurt. Sometimes, getting a small gift from his partner after an argument is the final thing Scorpio needs to cheer right up.

After you’ve apologized and you’ve both talked things over, you can seal the deal with some physical affection.

If there are any remaining hurt feelings, snuggling on the couch or even just a simple hug can do wonders to make Scorpio feel better.

Scorpio also isn’t going to say no to some make-up sex. That makes him feel better sometimes too.

No matter what you do, just show him that you love him. He’ll cheer up and get over what you did a lot faster that way.

Are Scorpio Men Faithful?What to Expect When a Scorpio Man is Heartbroken
Hello, I'm Liz