How to Apologize to a Cancer Man 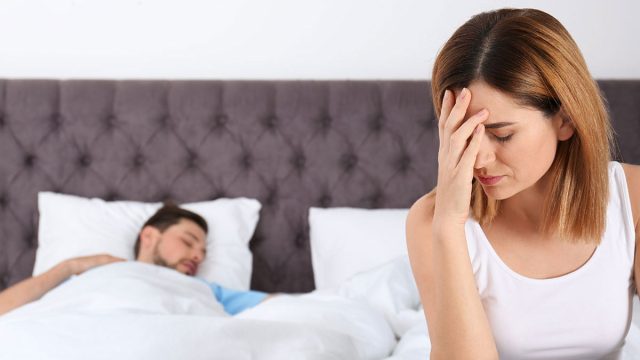 You should always apologize to a Cancer man when you hurt him. He might forgive you without an apology, but don’t skip it!

When you take the time to apologize after hurting your Cancer man or making a mistake, he will feel loved.

Cancer men are highly sensitive. There’s a chance that you will hurt your Cancer man now and then, even if you don’t mean to. Get used to saying sorry when this happens!

Your Cancer man might be a very forgiving person, but don’t take that for granted. Acknowledge your mistakes, take responsibility, and be sure to comfort him if you ever hurt him.

A Cancer man will always appreciate an apology, even if he’s forgiven you already. Don’t expect forgiveness 100% of the time, though! He might stop forgiving you if you hurt him over and over again.

How do you tell a Cancer man you’re sorry? The exact words or actions aren’t always as important, as long as you are sincere in your apology.

Apologies are difficult for some people. You might not be good with words, and you may not always know what to say. That’s okay!

It’s best to be specific, validate your Cancer man’s feelings, and offer reassurance when you apologize. If you miss the mark in certain ways, though, he will still forgive you if he sees that you’re being sincere.

Be genuine when you apologize. If you don’t think you have anything to apologize for, it’s better to talk to your Cancer man about that than to offer a false apology.

It might not always be easy figuring out how to apologize to a Cancer man. When you apologize, try to be specific about what you’re apologizing for.

A generic apology might be alright sometimes, but don’t make a habit of this! You need to own up to exactly what you did and apologize for the specific thing you did to hurt your Cancer man.

If you aren’t sure why your Cancer man is upset with you, ask. He will let you know! Cancer men are not usually passive-aggressive. He’ll want to resolve the problem as quickly as possible.

When you apologize, tell your Cancer man that you know what you did and understand how it made him feel. Apologize for the behavior and let him know what you’ll do in the future to avoid making the same mistake.

Validating his feelings is vital when apologizing to a Cancer man. He might feel like your apology is insincere if you try to brush his feelings aside.

Even if you didn’t mean to upset your Cancer man, you still upset him. His feelings are valid, and you should recognize that.

You might not think whatever you did or said was a big deal. Don’t tell your Cancer man that. Try to be understanding and sympathetic instead.

Let your Cancer man know that you respect his feelings. Acknowledge that your actions made him sad, angry, etc., and do not try to make him feel bad for his emotions.

Are Cancer men emotional? Cancer is one of the most emotional signs in the zodiac. Your Cancer man will likely need comfort and reassurance when he’s upset.

Your Cancer man is sensitive. This isn’t a bad thing! It just means that you might hurt his feelings more easily than others. Be prepared to soothe him when this happens.

Offer your Cancer man physical affection or kind words. Let him know that you love him and are genuinely sorry for hurting his feelings.

You can also comfort a Cancer man by doing things for him. Offer to take over his chore for the day or help him with a project. You can also give him a gift or make his favorite meal.

Do whatever you can do to show your love for your Cancer man. He will appreciate it!

You should always take responsibility for your actions when apologizing to a Cancer man. If you can’t, there’s no point in apologizing.

Understand that you are responsible for the way you treat your Cancer man. Even if you didn’t mean to hurt his feelings, you still did! You need to accept that.

If you can’t accept responsibility for your actions, your apology won’t seem sincere. Your Cancer man might still forgive you, but he may be less trusting of you in the future.

Show that you accept responsibility by acknowledging what you did and promising to change your behavior in the future. Your Cancer man will appreciate it!

Even if you think your Cancer man has something to apologize for, don’t bring that up during your apology.

Shifting the blame will make it seem like you aren’t accepting your role in whatever happened. If you fought with your Cancer man, he might have also said hurtful things. Don’t focus on that while apologizing.

Your apology is about what you did and how you made him feel. It is about acknowledging your own mistakes and making up for them. It’s not the time to try and shift blame.

Cancer men are generally good at apologizing when they’ve done something wrong! If he’s already apologized, apologize to him without bringing up anything he did to you.

If you’re apologizing first, finish your apology before trying to talk about anything else. Your Cancer man likely already knows he needs to apologize anyway, and he’ll apologize after you’re done with yours.

If you made a mistake and it hurt your Cancer man, acknowledge that.

Nobody is perfect. Your Cancer man knows that! He’ll be understanding if you messed up, even if what you did hurt his feelings.

If you made a huge mistake and did something to betray your Cancer man, you need to let him know.

A Cancer man will be more likely to forgive you if you’re the one to tell him about your mistake, and he doesn’t have to find out about it another way.

You can acknowledge that you made a mistake without making excuses for yourself. Saying that you didn’t mean to do something doesn’t mean that you’re not still accepting responsibility for it.

Tell your Cancer man that you know you made a mistake. Let him know how sorry you are and tell him that you’ll try to do better in the future.

You shouldn’t immediately expect forgiveness when you hurt Cancer man. He might be a forgiving person, but don’t take that for granted.

Sometimes, a Cancer man will forgive you before you even apologize. Cancer men are understanding, and they know that people make mistakes.

That does not mean you shouldn’t apologize, though! Do not just assume that your Cancer man has forgiven you and that everything is fine.

Don’t expect forgiveness immediately after an apology, either. If you’ve done something to betray your Cancer man, he might need some extra time before he can forgive you and move on.

If your Cancer man can’t forgive you, he’ll let you know. Be prepared for that if you really messed up.

Will a Cancer man forgive you when you mess up? Most of the time, he will. Don’t push him to forgive you instantly, though.

Give your Cancer man time. He might need some extra reassurance and love to forgive you. He might also need some time alone, even if he has already forgiven you.

If your Cancer man is upset after an apology, don’t push him to get over it. Let him experience his emotions. He will calm down and forgive you in his own time.

Sometimes, a Cancer man needs time by himself after being hurt. He may accept your apology and forgive you, but that doesn’t mean things will be back to normal immediately.

Your Cancer man will feel like you care about him when you give him the time he needs. He’ll know that your apology was sincere too.

Are Cancer men forgiving? Many of them are. A Cancer man’s forgiveness has its limits, though.

You need to show your Cancer man that you’re willing to change if you genuinely want his forgiveness. You cannot keep hurting him in the same way repeatedly.

What a Cancer man wants to hear is that you are genuinely sorry and that you’ll do better in the future. He wants to know that you’re willing to work on yourself so that you don’t make the same mistakes in the future.

Don’t just tell your Cancer man that you’ll change. You need to actually change! Try to be more sensitive in the future. Watch what you say or avoid specific topics if you know they upset him.

If you lashed out in anger, try to be better about controlling your temper in the future. You might still mess up, but your Cancer man will appreciate that you’re trying.